Urban plan and new housing Bloemstraat Zaandam. This ensemble of four new blocks of single family dwellings will replace an existing block of maisonette dwellings dating from the 1960’s. The urban design provides family dwellings which have a strong relationship to one another and to the street. This is done on the urban level by creating clear spaces of varying size and character and on the level of the dwelling by positioning living spaces adjacent to the street. By varying positioning of the blocks, roof forms, use of materials and detailing the four blocks create a composition which varies in scale and proportion and within which each dwelling is individually identifiable.

The architecture of the new blocks makes use of forms, motifs and materials which are familiar to the local area and recognizable to the inhabitants of the neighbourhood.

There are two new courtyards and alleys within the scheme which have been given special attention to make them intimate yet safe spaces. 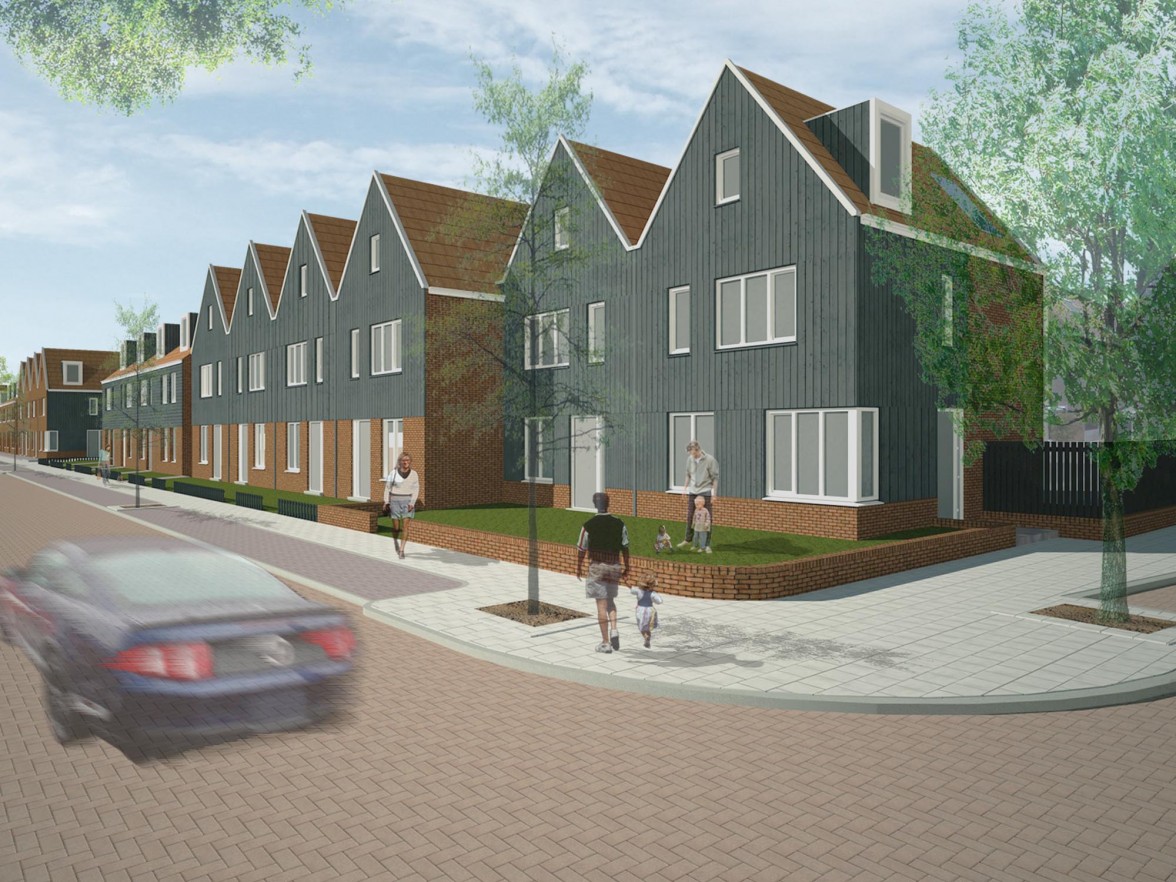 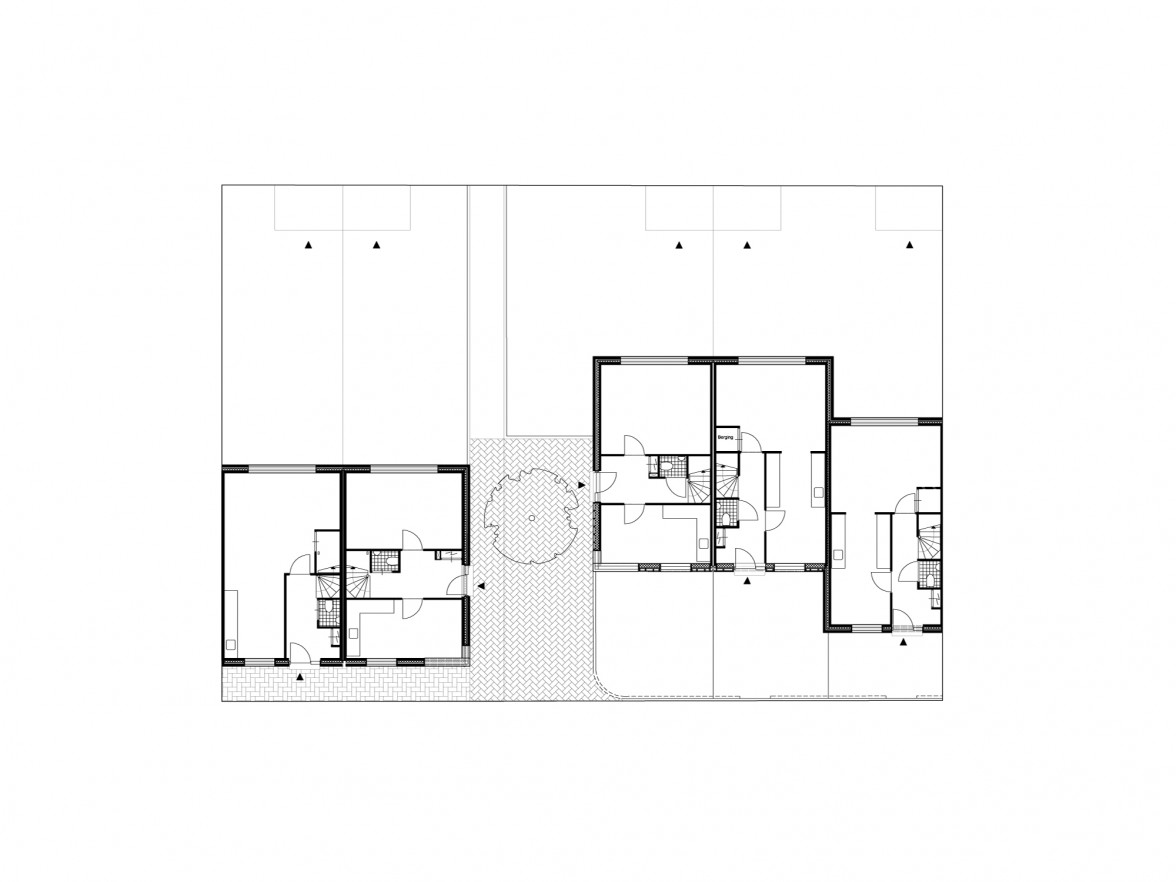 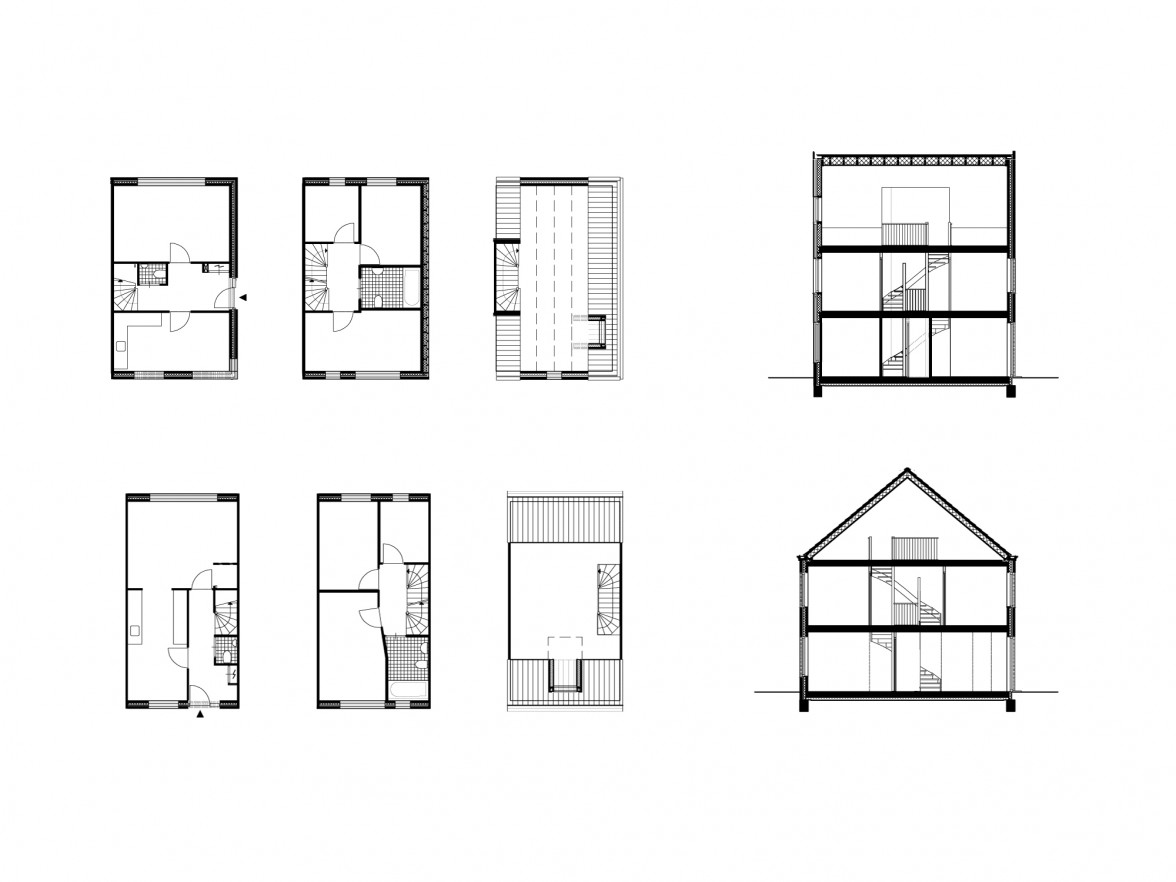