Regeneration and newbuild housing Rosmolenbuurt Zaandam. The Rosmolen neighbourhood was built in the early 20th century as one of the first large scale urban extensions in east Zaandam. This workers’ neighbourhood covers the area between Oostzijde and the Heijermansstraat. The existing dwellings are too small for current requirements and are in a bad state of repair.
However, the existing urban plan and the character of the neighbourhood are of high quality.
The Rosmolen neighbourhood consists of a number of sub-neighbourhoods which all have their own character. The repeated urban scale of the blocks provides a form of unity between these neighbourhoods. There is a high level of social and spatial cohesion.
Our new urban plan attempts to maintain the atmosphere and identity of the neighbourhood. Additionally, the new plan gives an impulse to the area through the introduction of a more diverse housing programme. The new dwellings consist of terraced houses for starters, families and the elderly, and patio houses.
The new development goes hand in hand with an integral regeneration of the neighbourhood involving the residents, local businesses, government and the housing association. The input of the residents is made tangible in the creation of motifs to be incorporated within the facades of the new dwellings. These motifs reflect patterns and decorative elements which were present in the existing housing. 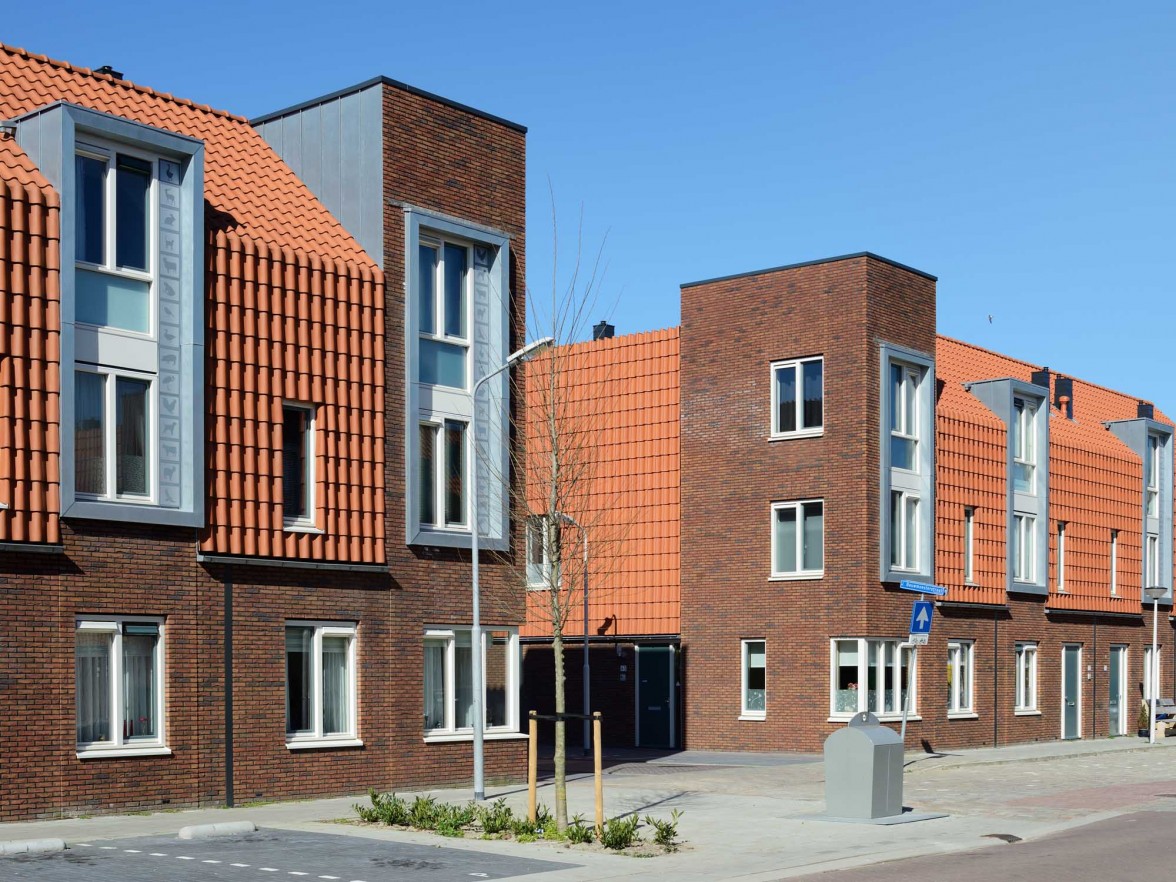 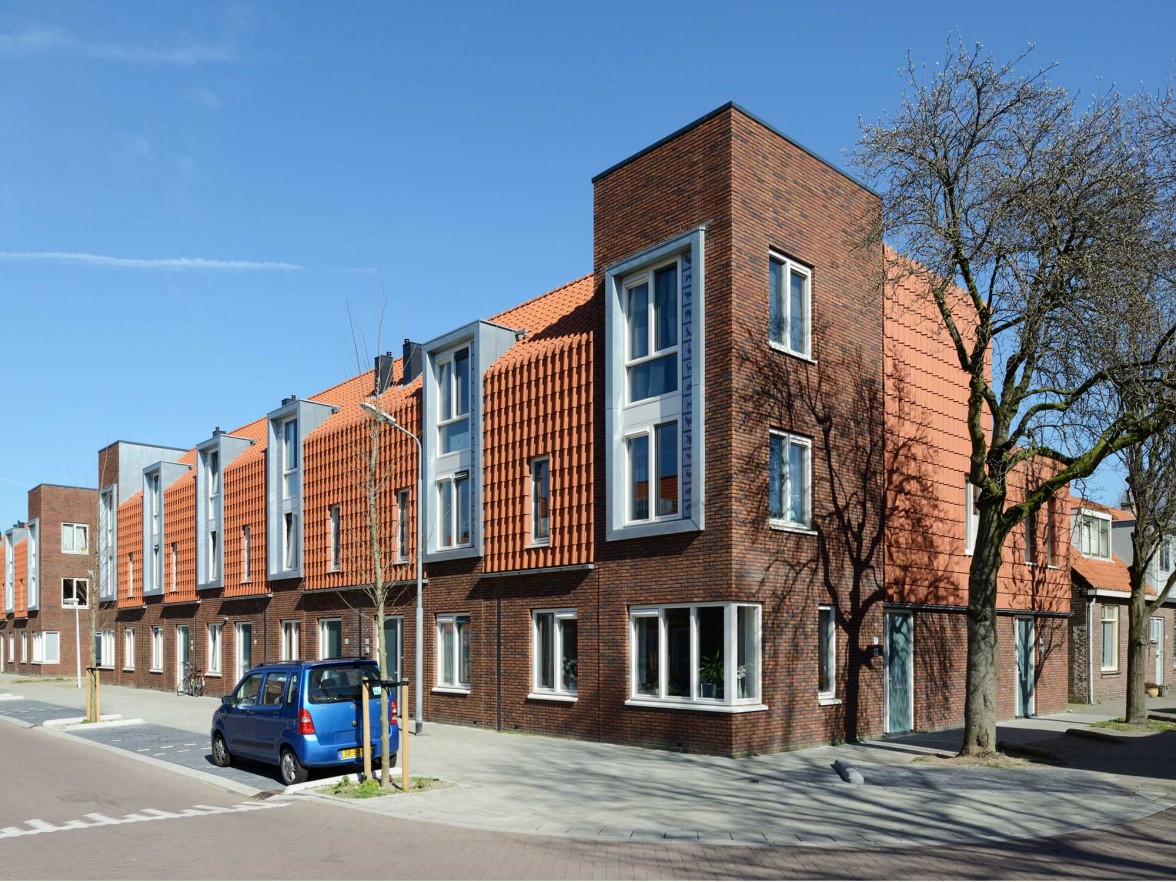 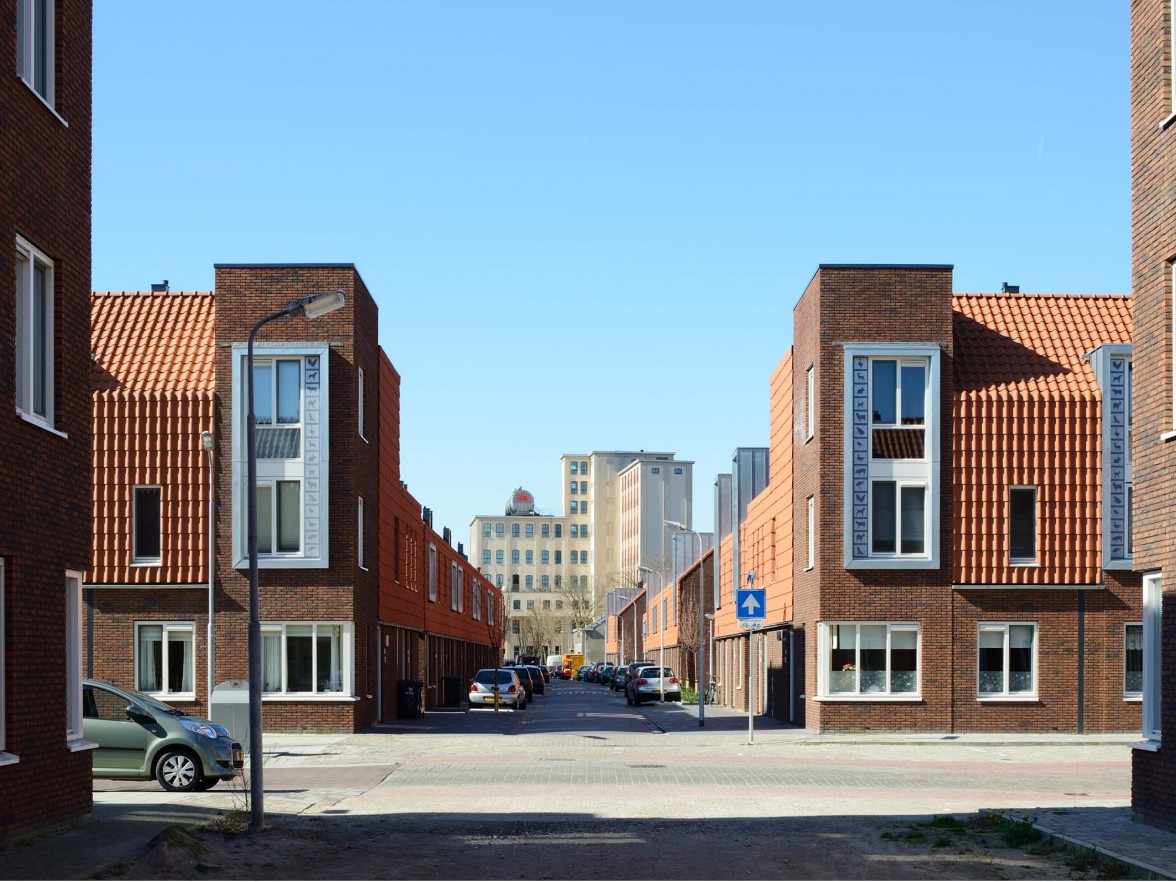 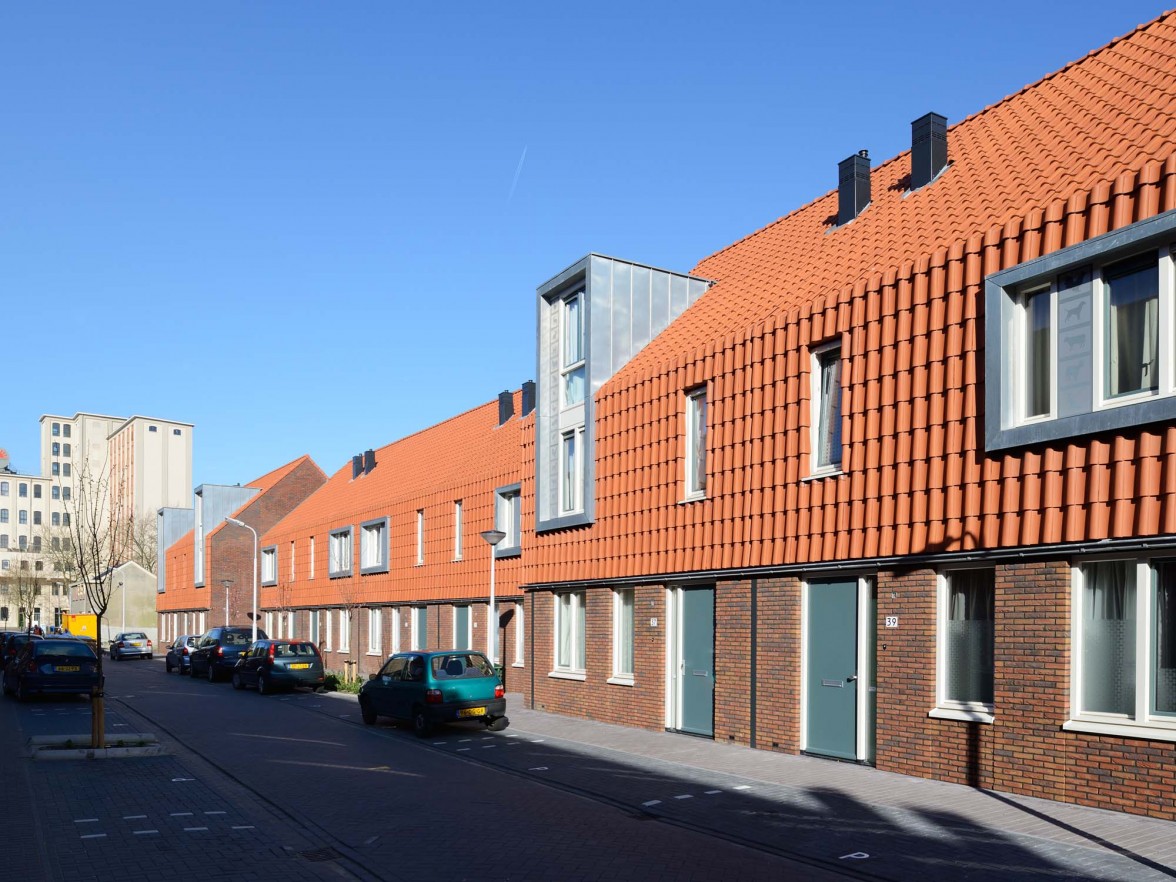 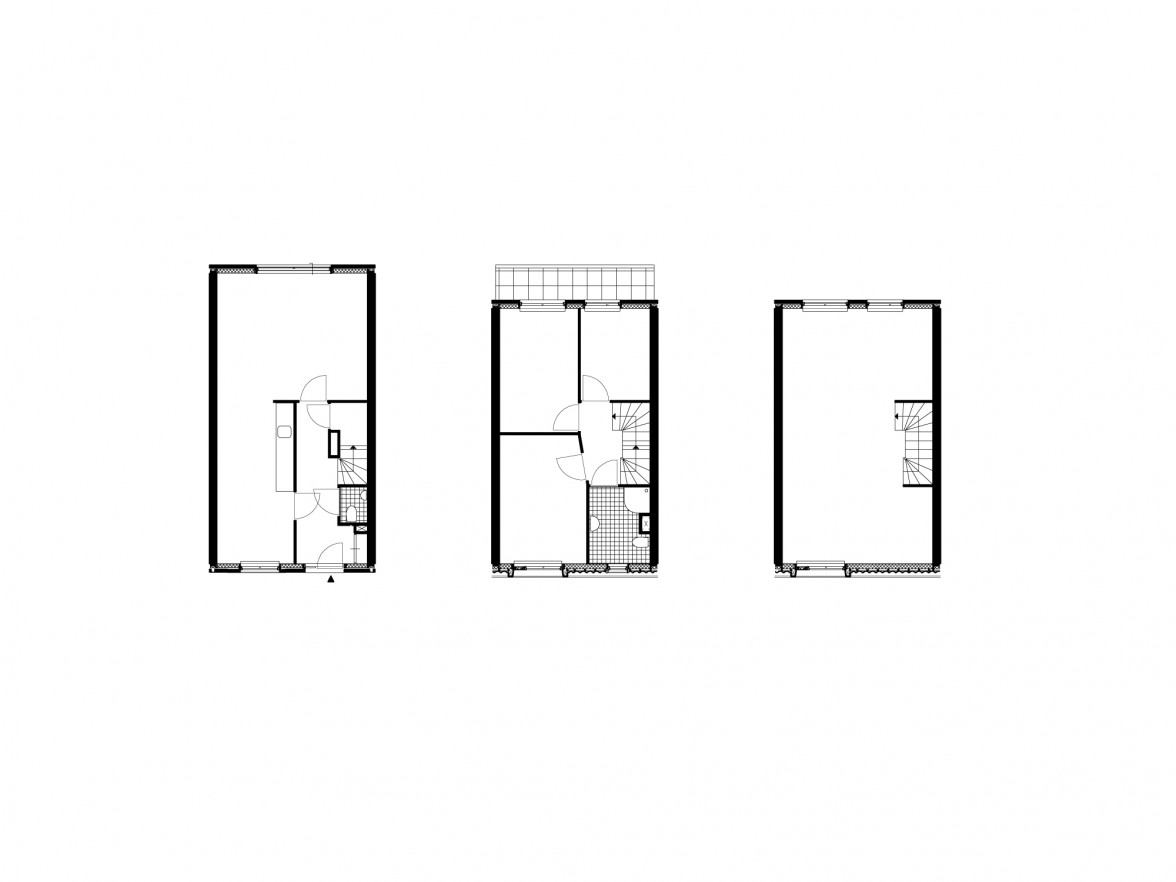 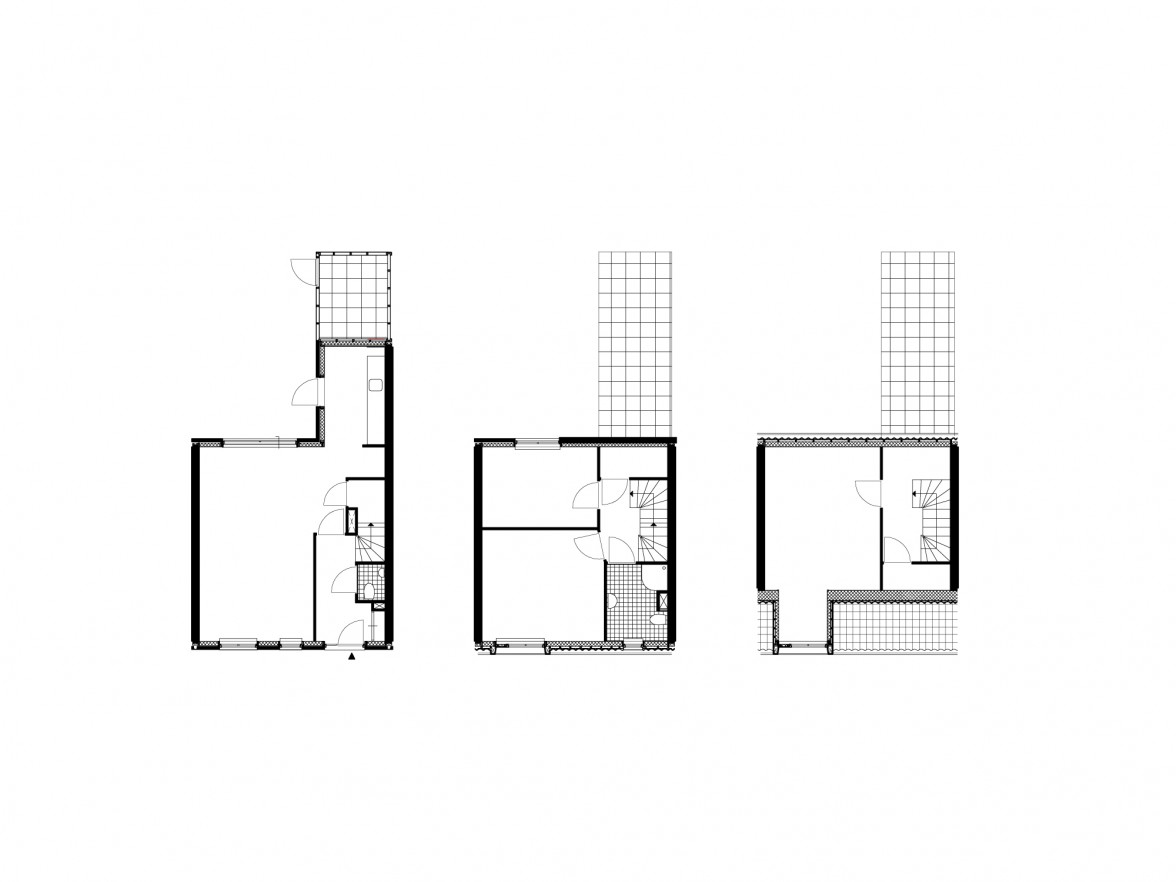