Renovation of monument Zandhoek Amsterdam. Zandhoek 2 was built in 1660 and is a listed monument. In its original state the house had a separate dwelling in the cellar which allowed this space to be used for other purposes while the occupant lived above. The main house originally had a double-height ground floor. In the late 17th century a mezzanine floor was added here, a common feature of houses of the time. The timber and glazed front façade still reflects the original double-height situation. As a result of consecutive alterations during the 20th century there was little original fabric remaining. The aim of the alterations was to retain the qualities of the original building and update the layout and interior to create a contemporary dwelling within an original structure and skin. Vertical relationships have been improved through the introduction of a glass floor section between kitchen and living spaces and a new staircase linking the ground floor and cellar. 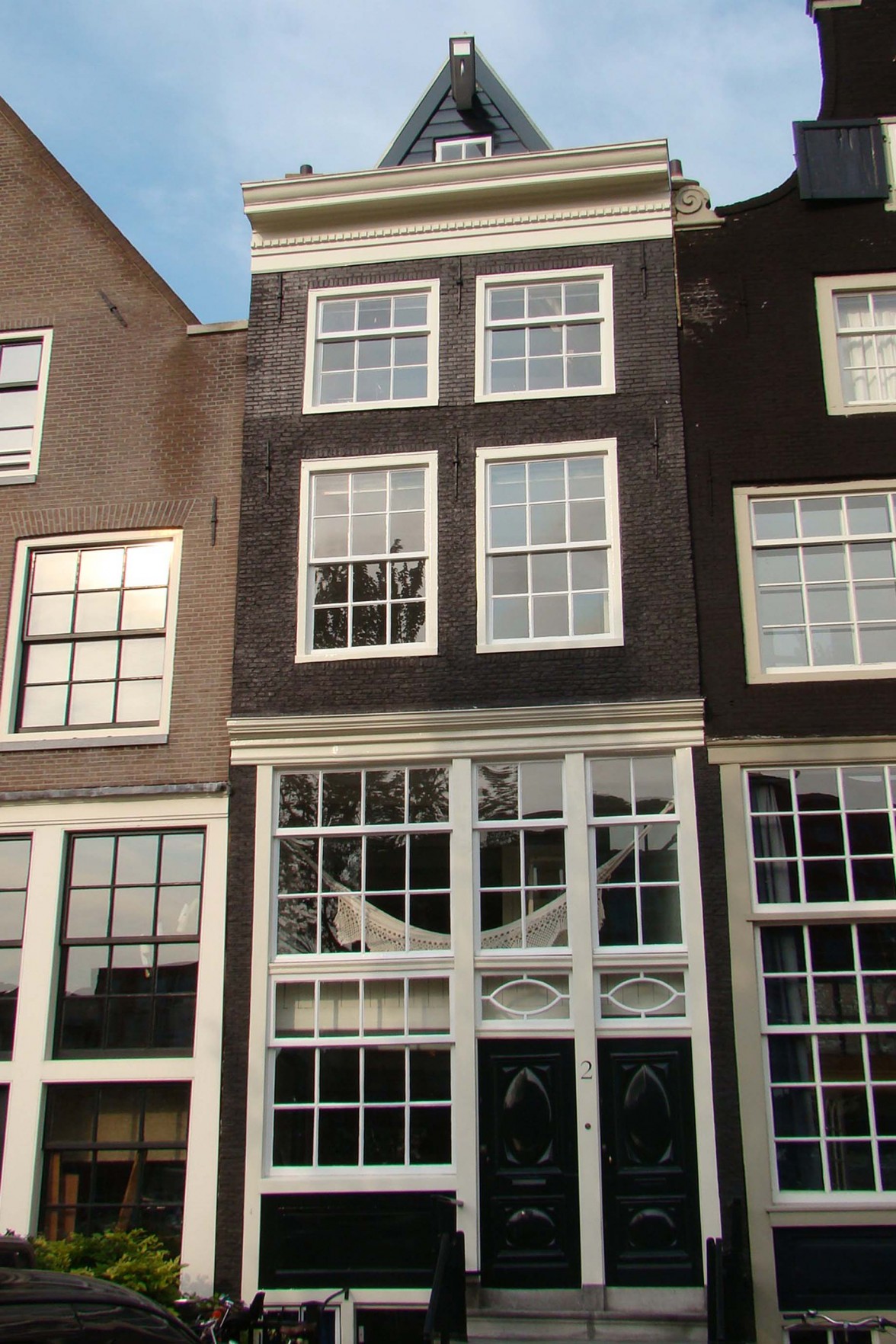 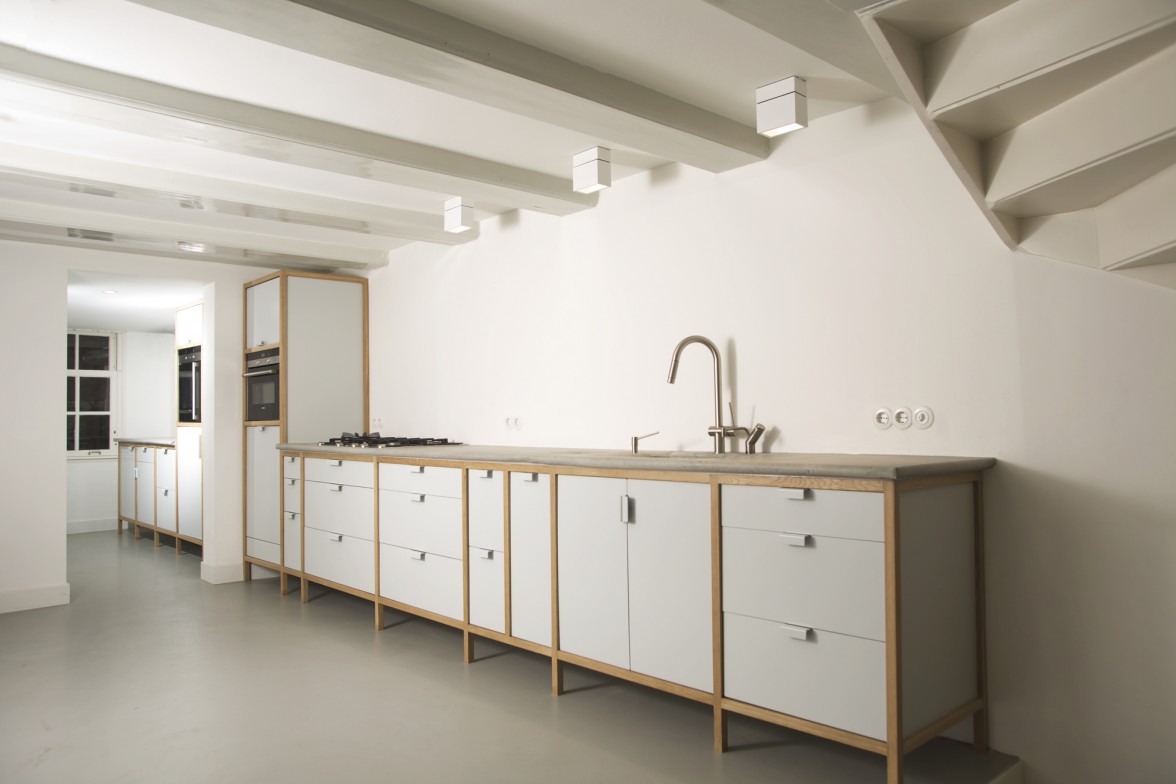 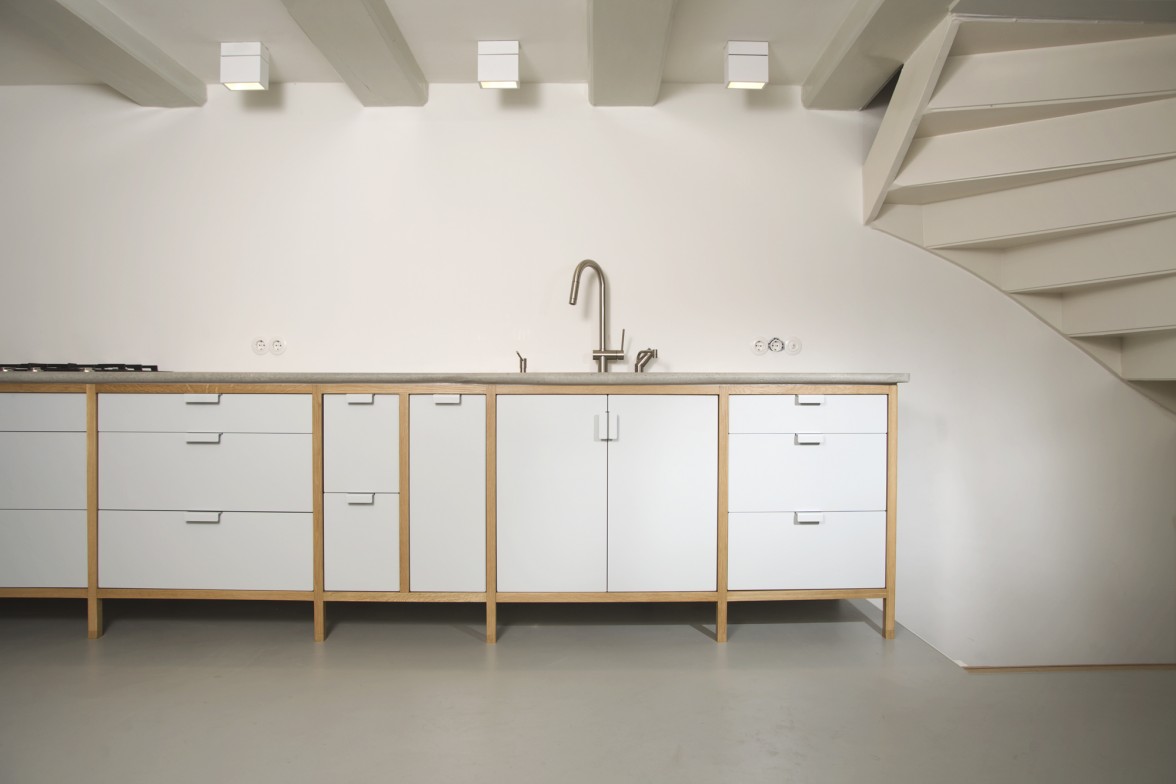 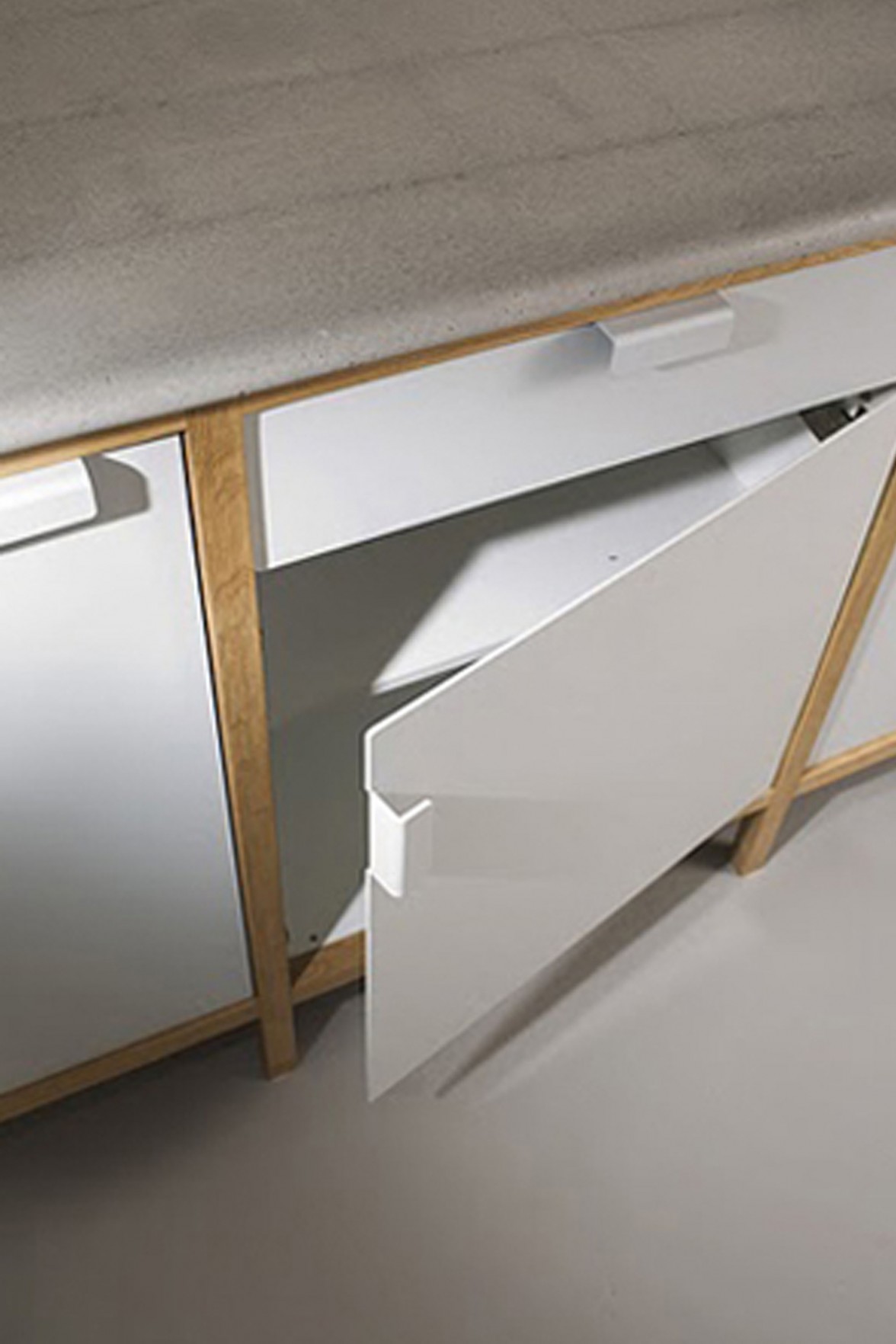