Housing for the elderly Andreas Schelfhoutstraat

Housing for the elderly Andreas Schelfhoutstraat. At the beginning of 2013 we were selected by De Alliantie to design a new apartment building on the Andreas Schelfhoutstraat in west Amsterdam. The programme is for 15 rented apartments for elderly people and underground parking. The new four storey building replaces a former single storey sport hall and in so doing completes the urban block between the Andreas Schelfhoutstraat, the Surinameplein and the Sloterkade. In both urban and architectural terms the context is very diverse. In close proximity to the new apartment building are examples of 19th century, 1920’s (Amsterdam School) and 1960’s (Van Eesteren urban plan) buildings.

With its clear and simple structure and refined detailing the new building attempts to fit into this environment.

As part of a pilot project solar panels are placed on the roof which produce 27.000 Wp for the apartments . The aim of this is to investigate how solar energy can be used to provide substantial savings in the running costs of dwellings. 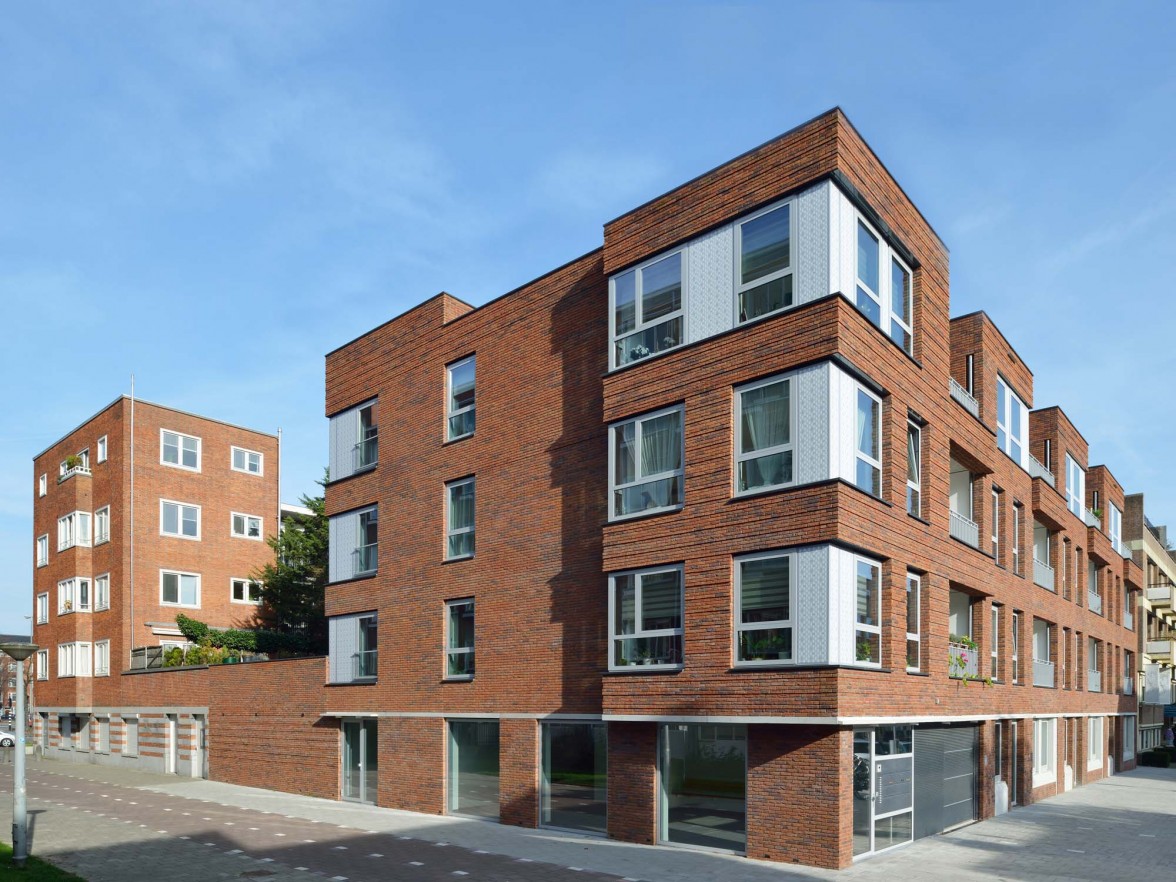 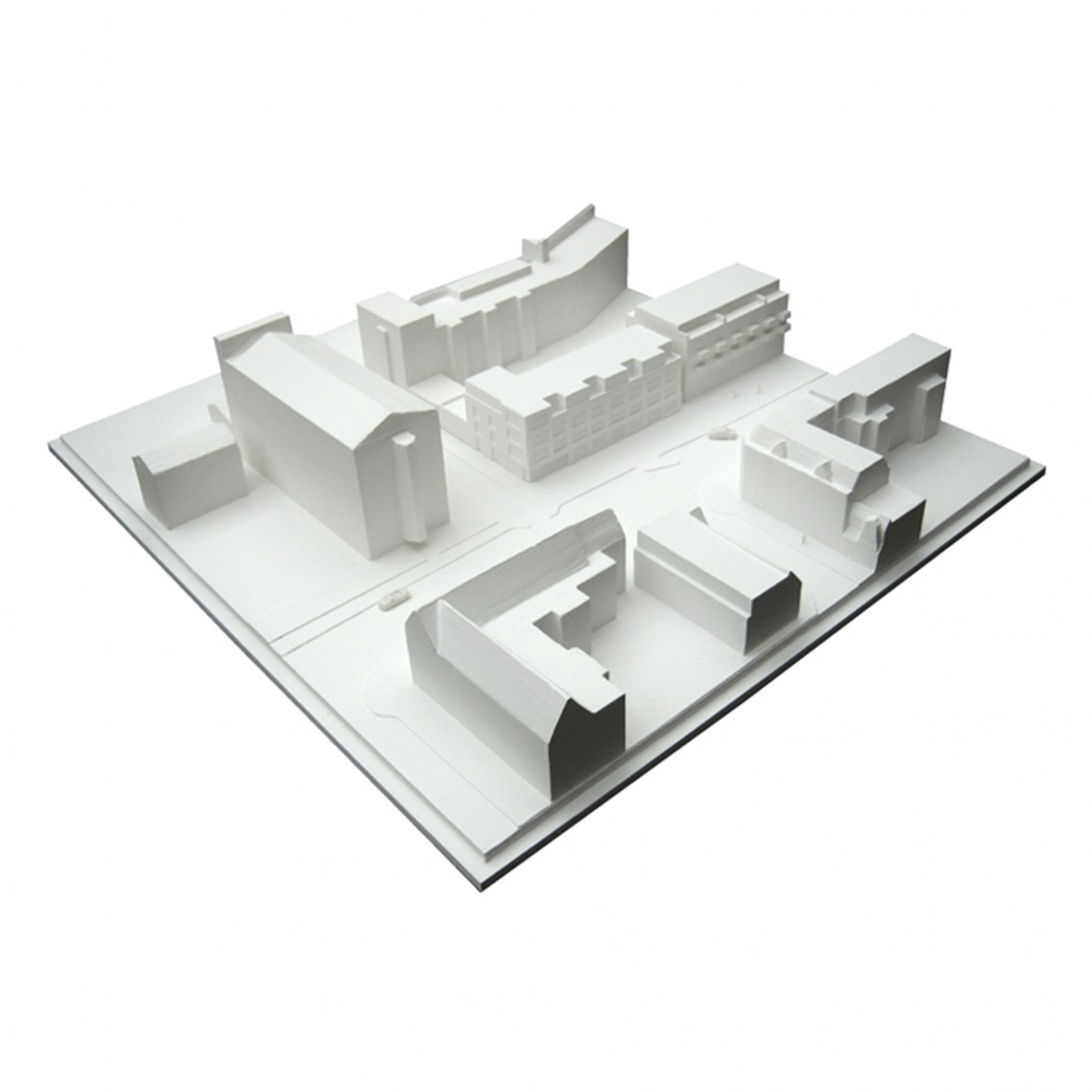 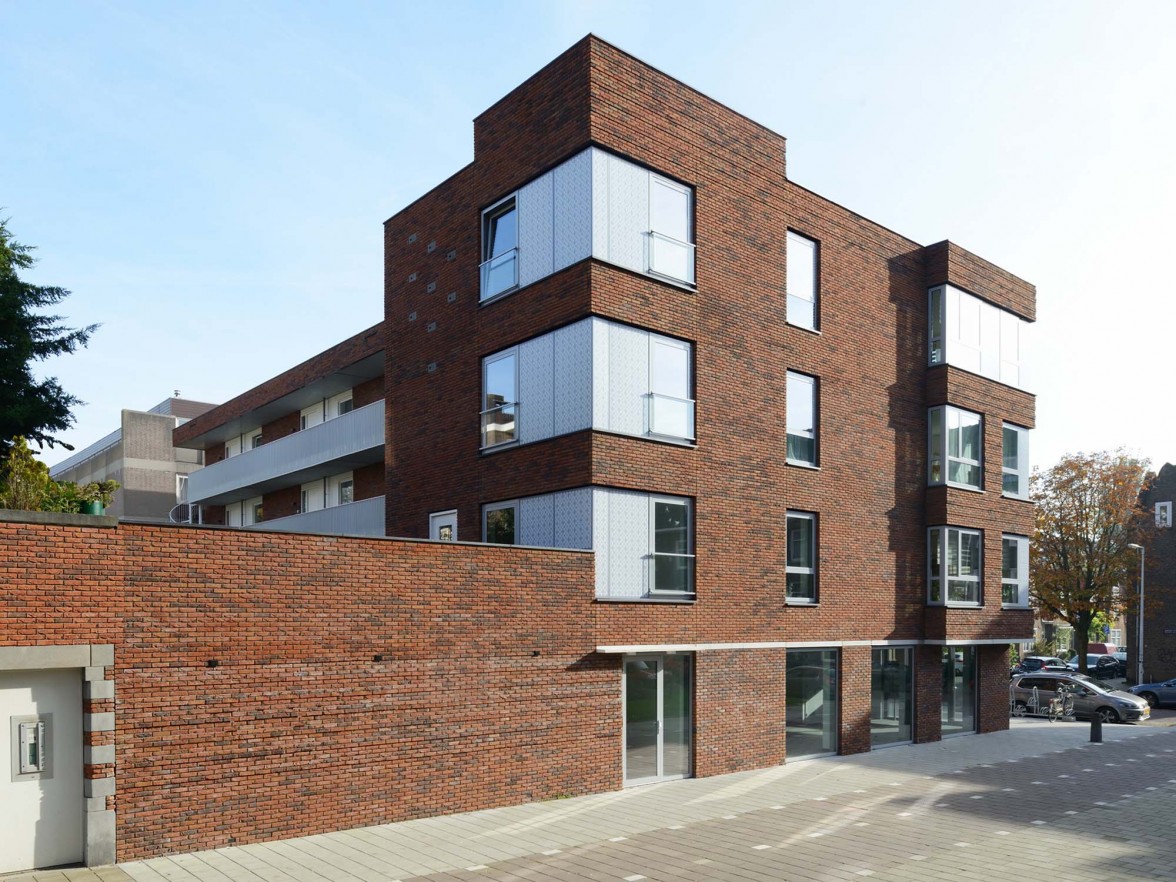 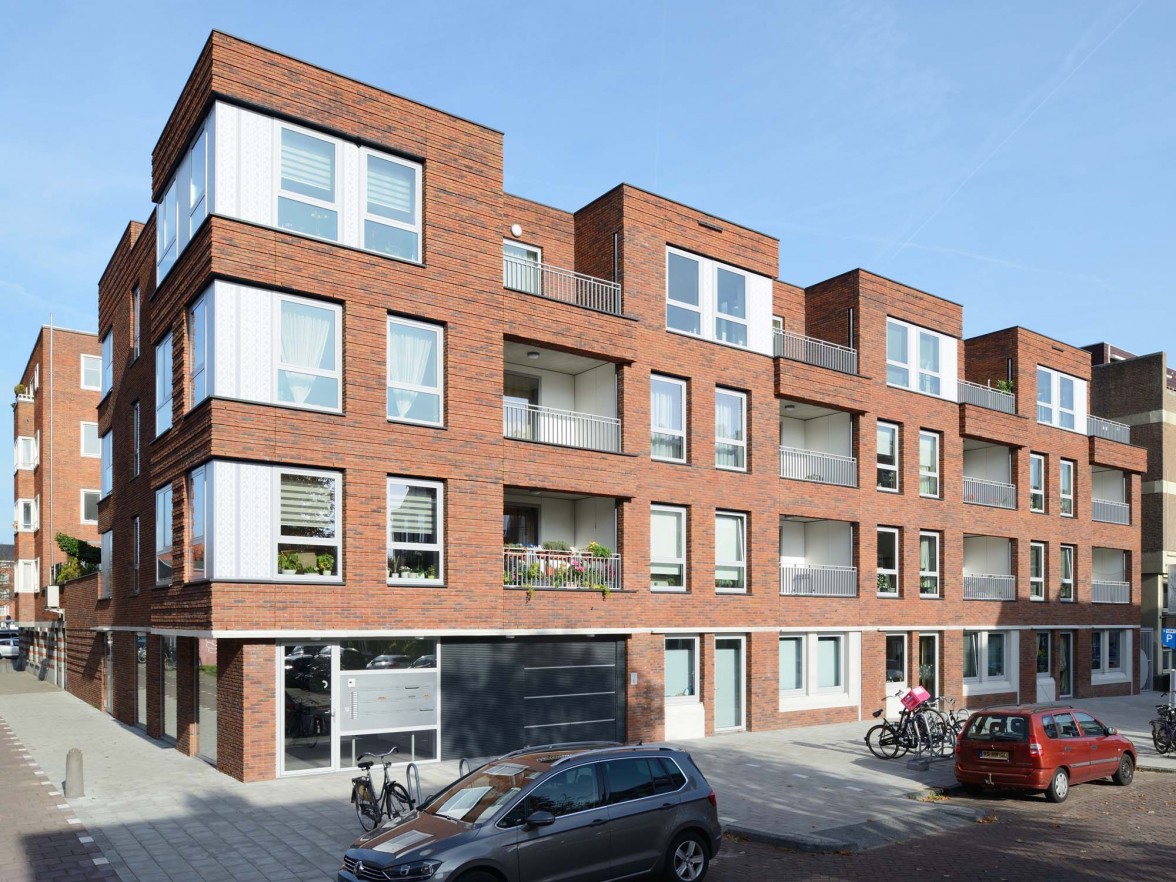 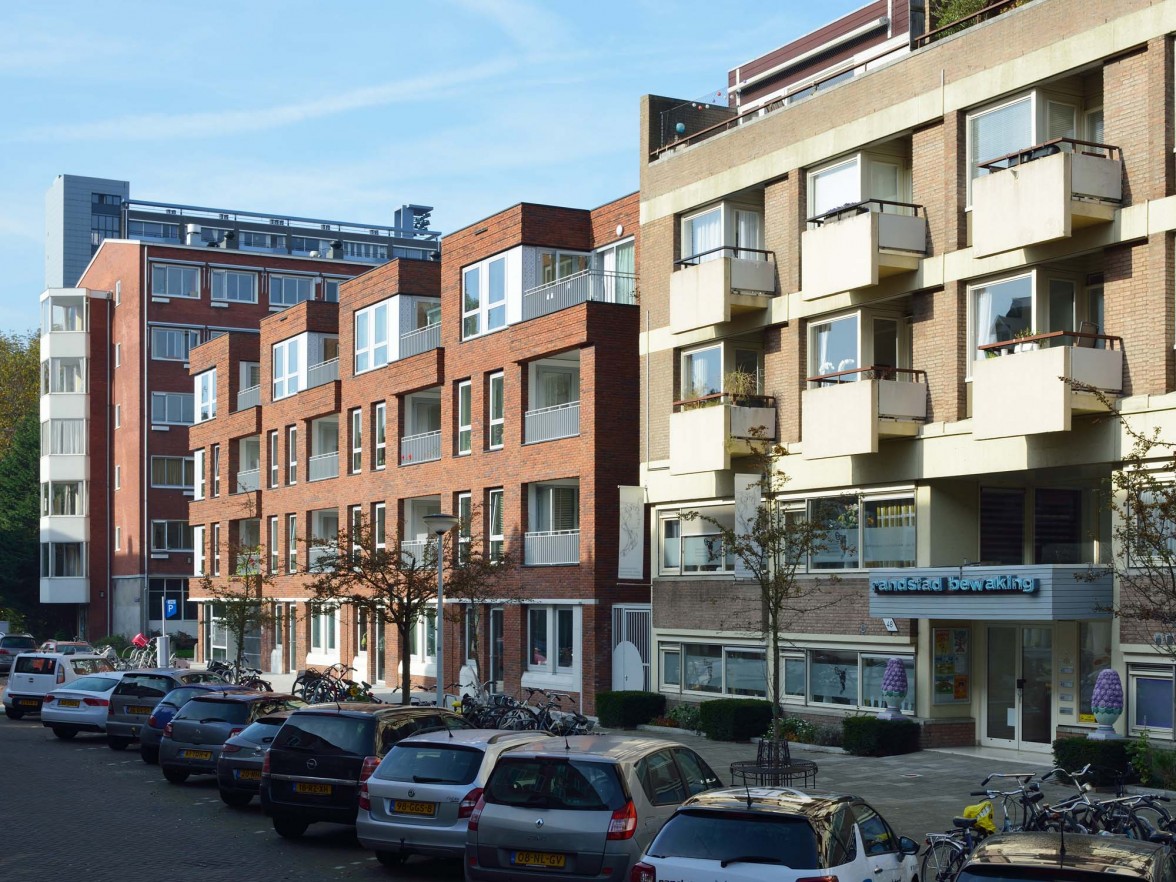 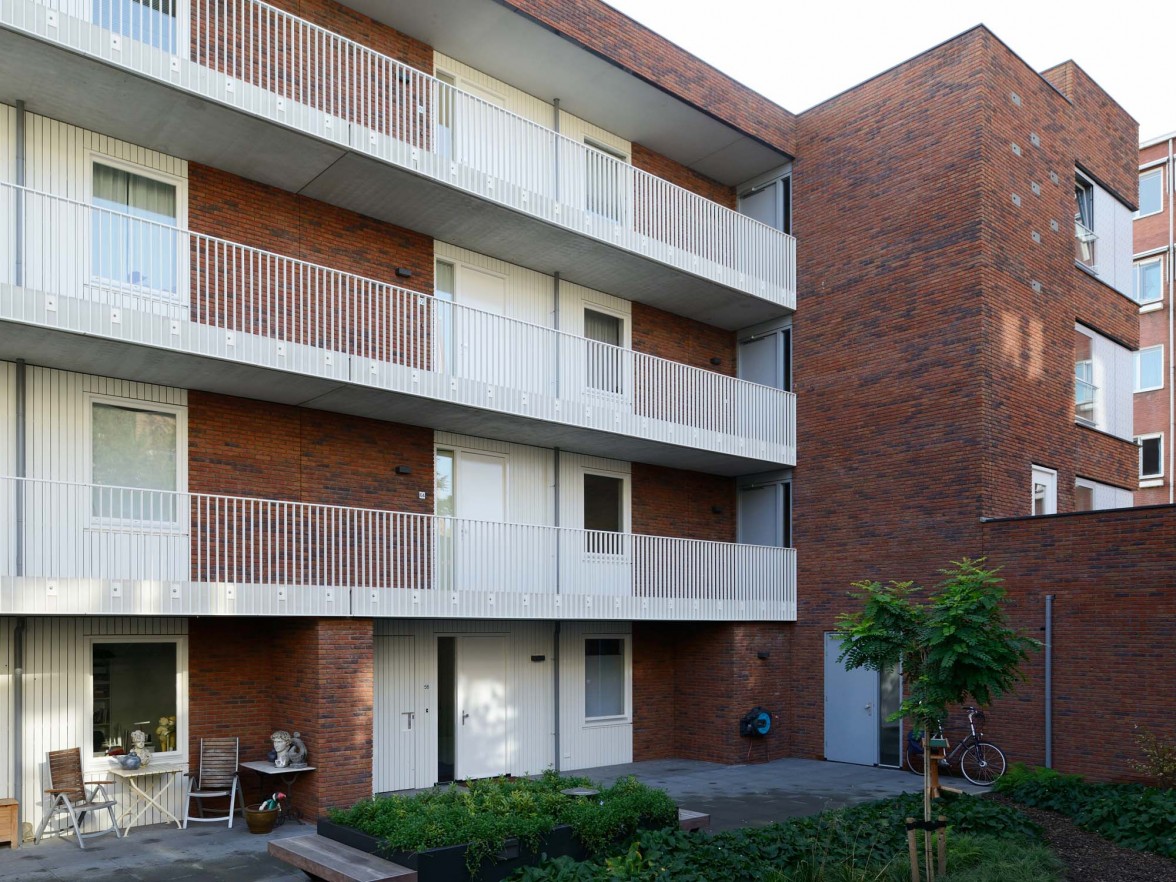 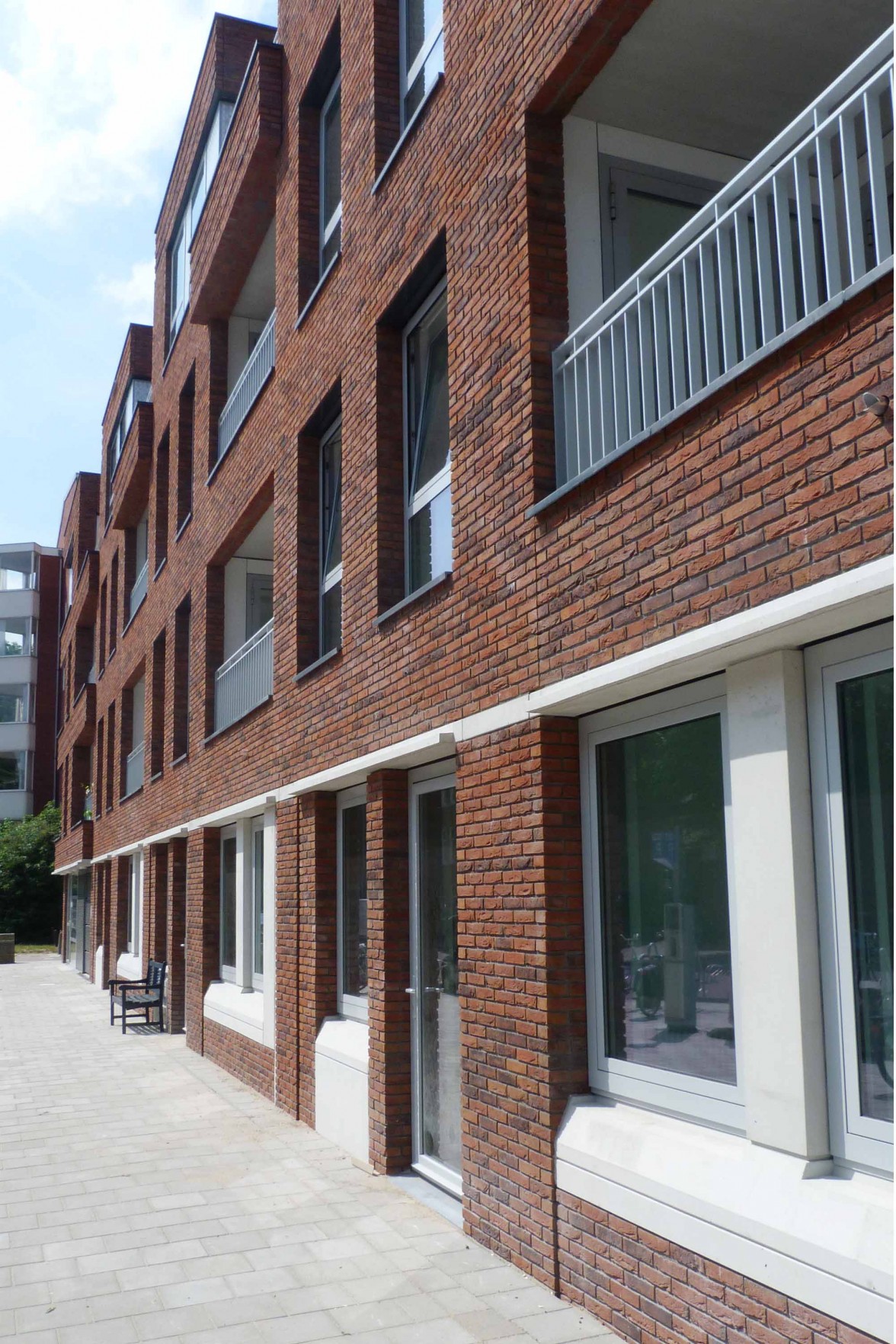 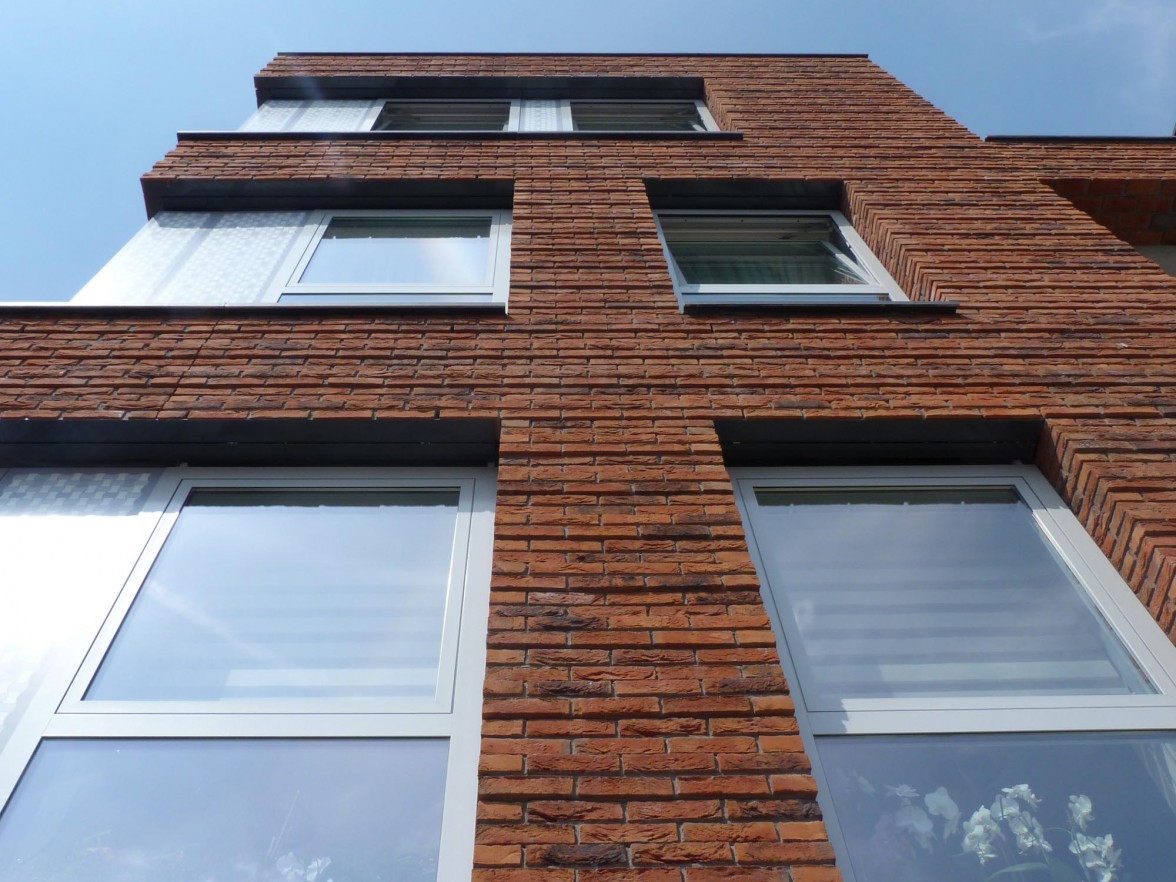 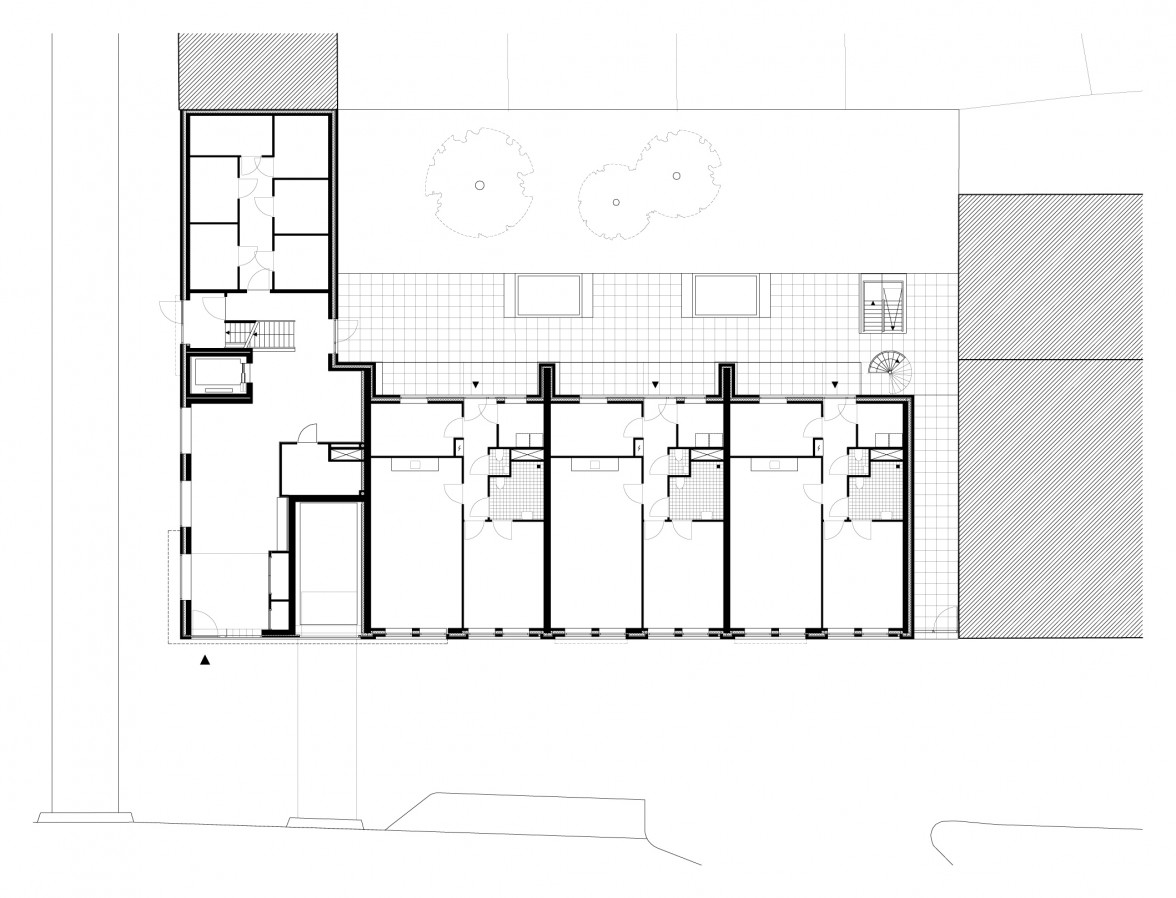 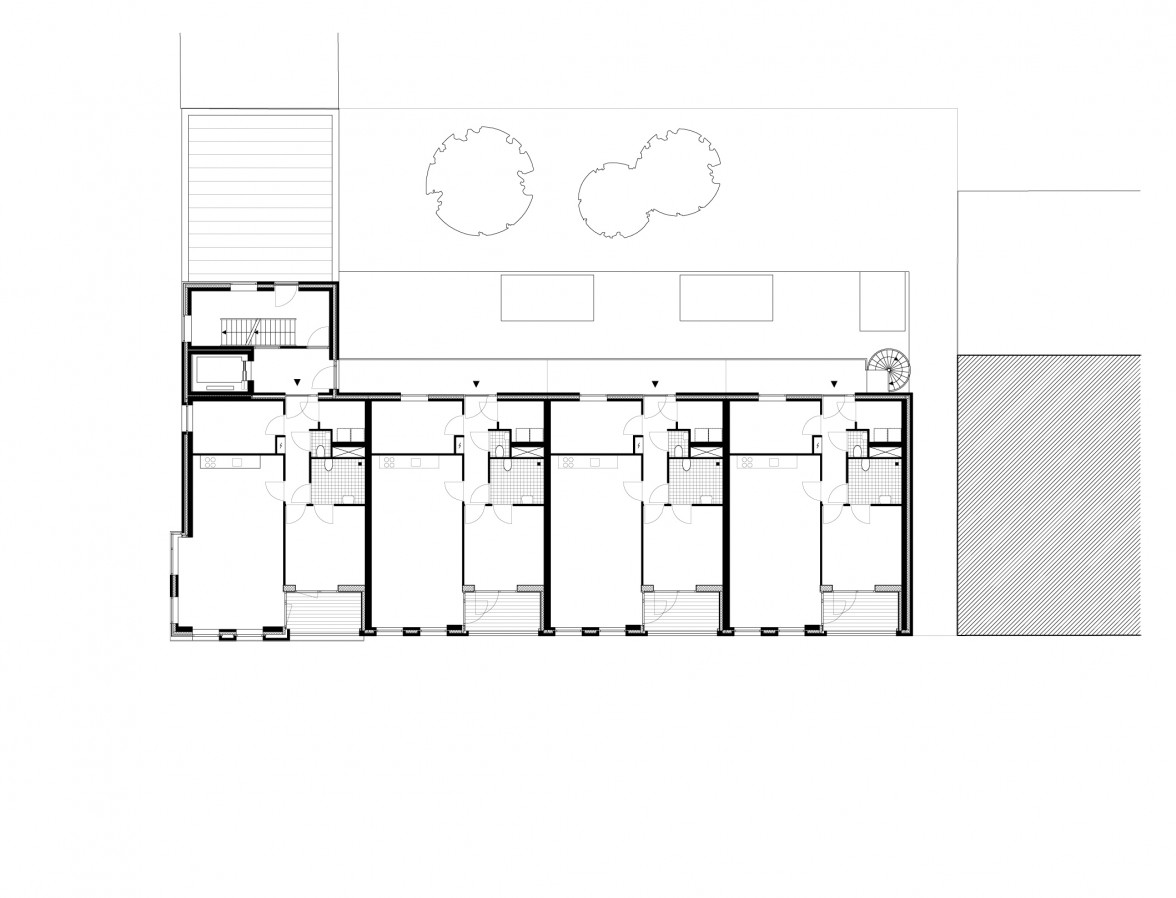 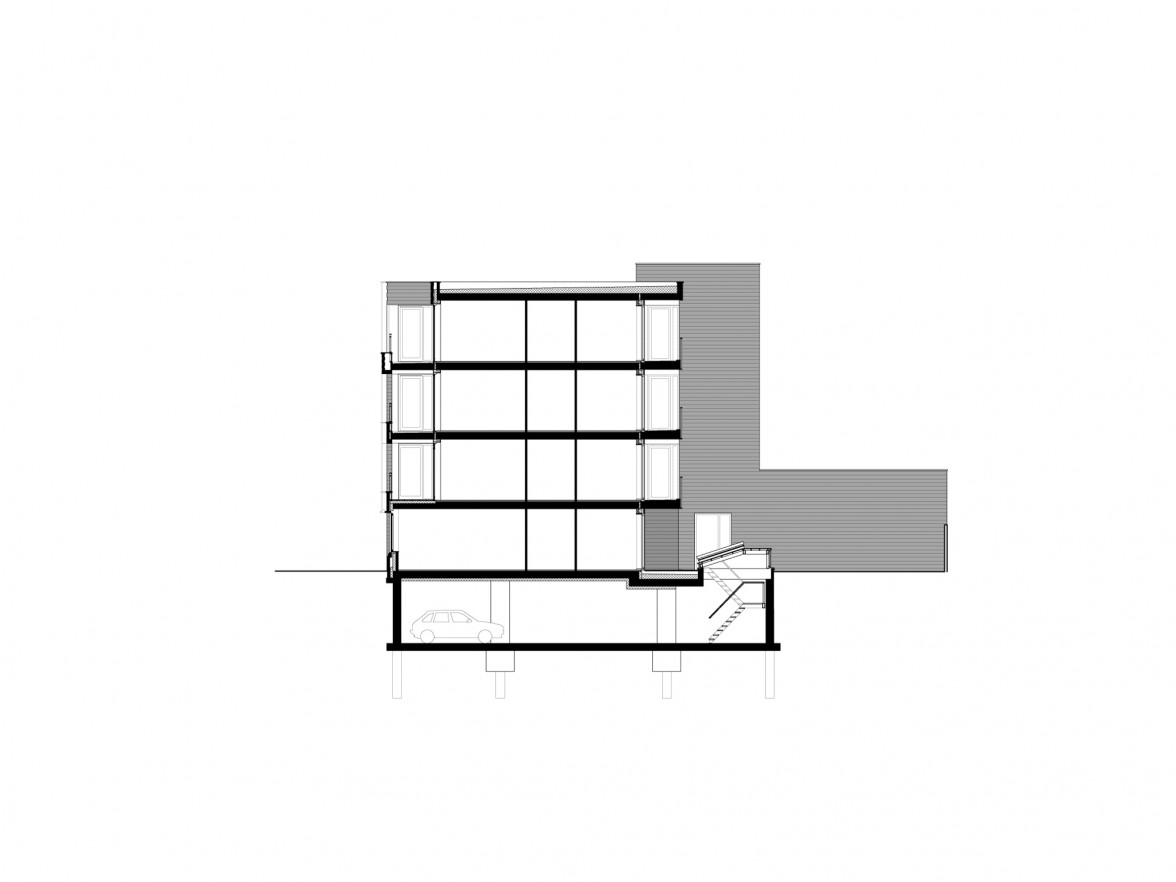