Flood-resistant housing. The floods of Summer 2007 demonstrated to the whole of the UK how devastating flooding can be. Thousands were affected by the extreme weather experienced in June and July 2007, with many having to leave their homes and businesses for months afterwards whilst their properties were dried out and repaired. Therefore, Norwich Union and the RIBA are launching an open competition asking architects to design a house for the future, which is built on a flood plain, and takes this associated flood risk into account via its architectural features and design. The house as a community unit.

The cohesion and security found in a strong community can affect the socio-economic and physical well-being of its members. This cohesion is particularly evident in times of crisis or hardship. The term ‘community’ can be interpreted both socially (bonded group) and morphologically (physical proximity).

We propose a model which is the physical embodiment of the community: this is the ‘terp’ or inhabited mound. The design proposes the combination of both the built dwelling and the landscape within which it is situated: their combined potential can offer a comprehensive solution to flood prevention and protection. The strategy involves the creation of a basic integrated dwelling unit. This consists of dwellings, green and garden spaces, combined water management systems and energy supply.

The first act in making the house is to shape the landscape; the excavation and movement of ground creates a hollowed void and a raised archetypal mound. Underground water storage tanks are placed in the void. Street level remains at the existing ground level. The houses are clustered to form a community with a common reliance on interconnected mounds, shared sunken water storage and collective energy resources. The different cluster models  (terraced, courtyard and suburb) offer flexibility in the organisation, form and design of individual houses; this enables variation in housing mix and encourages place-specific housing design.

The house has a split-level ground floor, located on the transition between the mound and street level. The lower level adjoins the communal area and the upper level looks out upon the garden and the landscape beyond. The entrance and stair are situated between these levels in a sealable core. The concentration of the services and load-bearing structure in the core and first floor allow freedom in the construction and organisation of the upper levels of the house. 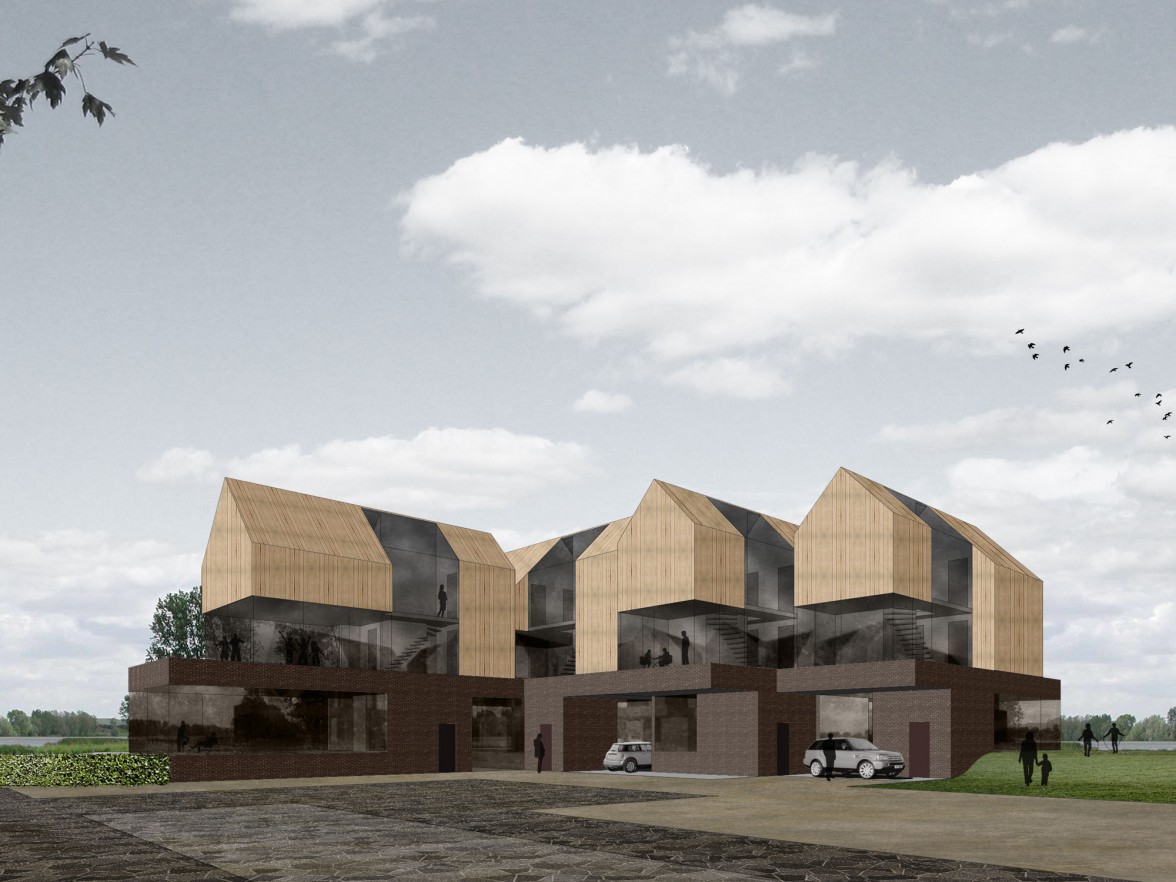