Estate Mastwijk Montfoort. Mastwijk country estate is formed on the site of a former sand quarry and subsequent refuse disposal site. The site lies in the old agricultural landscape around the basin of the ‘Hollandse IJssel’ river. The existing topography is the result of a combination of natural and manmade interventions which may be perceived as a continuous, layered process. The new estate and its buildings will add a new layer to this changing landscape.

The form of the building refers to this layering, firstly through the creation of a new modulated sand layer and then through the addition of two large thatched roofs which reflect the scale of the surrounding, predominantly agricultural, buildings.

The sand layer over the site is necessary as a means of providing a protective gas-resistant layer above the underlying refuse. This layer is manipulated to provide an undulating landscape on which the four new dwellings can settle lightly beneath the two roofs. 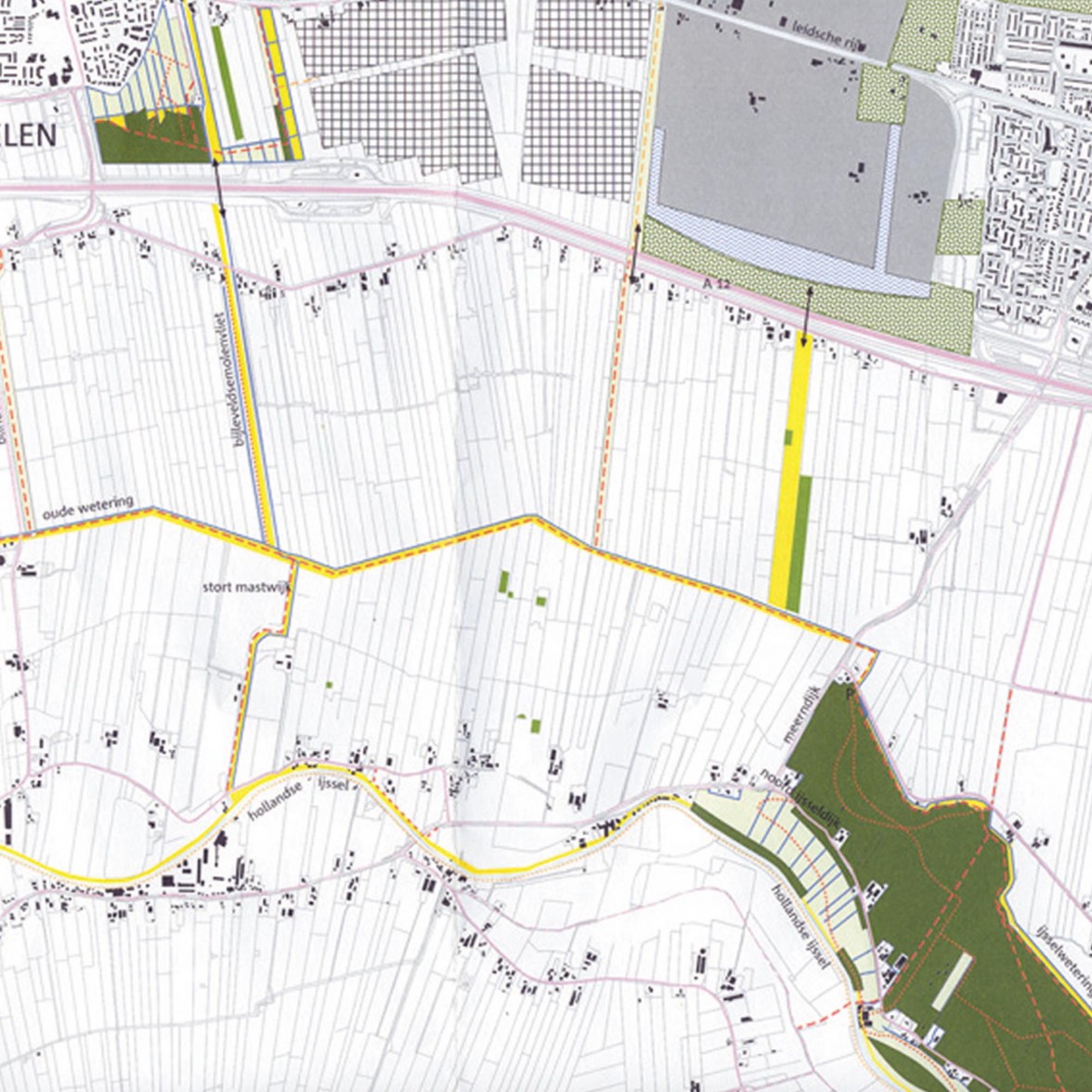 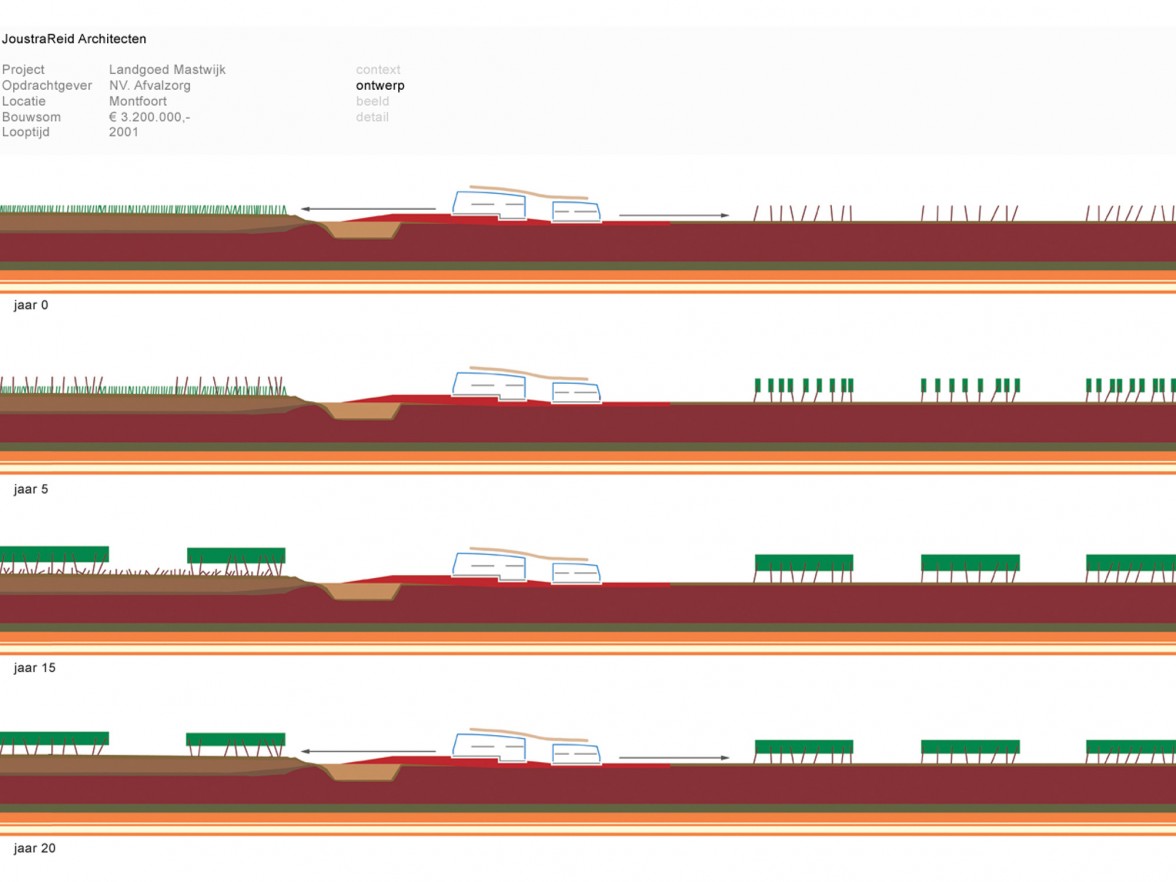 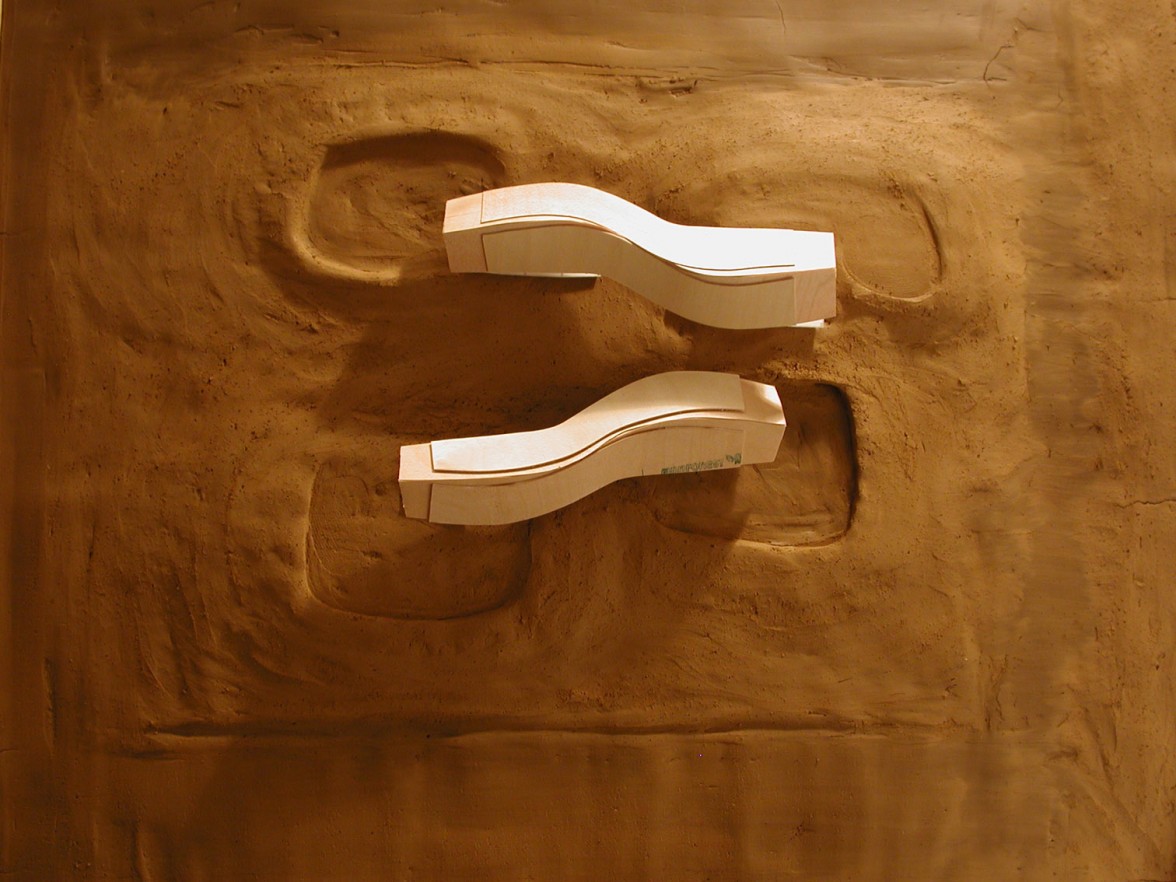