Apartment building Van Ostadestraat 226-230 Amsterdam. This project is one of two urban renewal projects in the Pijp area of Amsterdam. Three existing 19th century buildings, each approximately 5m wide, were replaced by a new building containing eight apartments and two studios. Nine of the dwellings are owner-occupied and one will be rented. The two ground floor studios have their own small gardens at the rear of the block; the rest of the outside space is given over to a communal garden for the remaining apartments.
The entrance passage leads to lift and stairs at the rear and the communal garden. The central circulation allows the upper apartments to have wide south-facing balconies along the rear elevation.
The front façade is divided in two distinct parts and with its varying plinth, gutter and roof heights manages to adjoin the neighbouring facades at suitable points.
By introducing a repeating fenestration pattern of varying depths the two sections of the façade are subdivided into three in order to reflect the dimension and rhythm of the previous and the majority of the surrounding facades. The variation in depths of the window frames in the façade is also a characteristic of the 19th century facades. 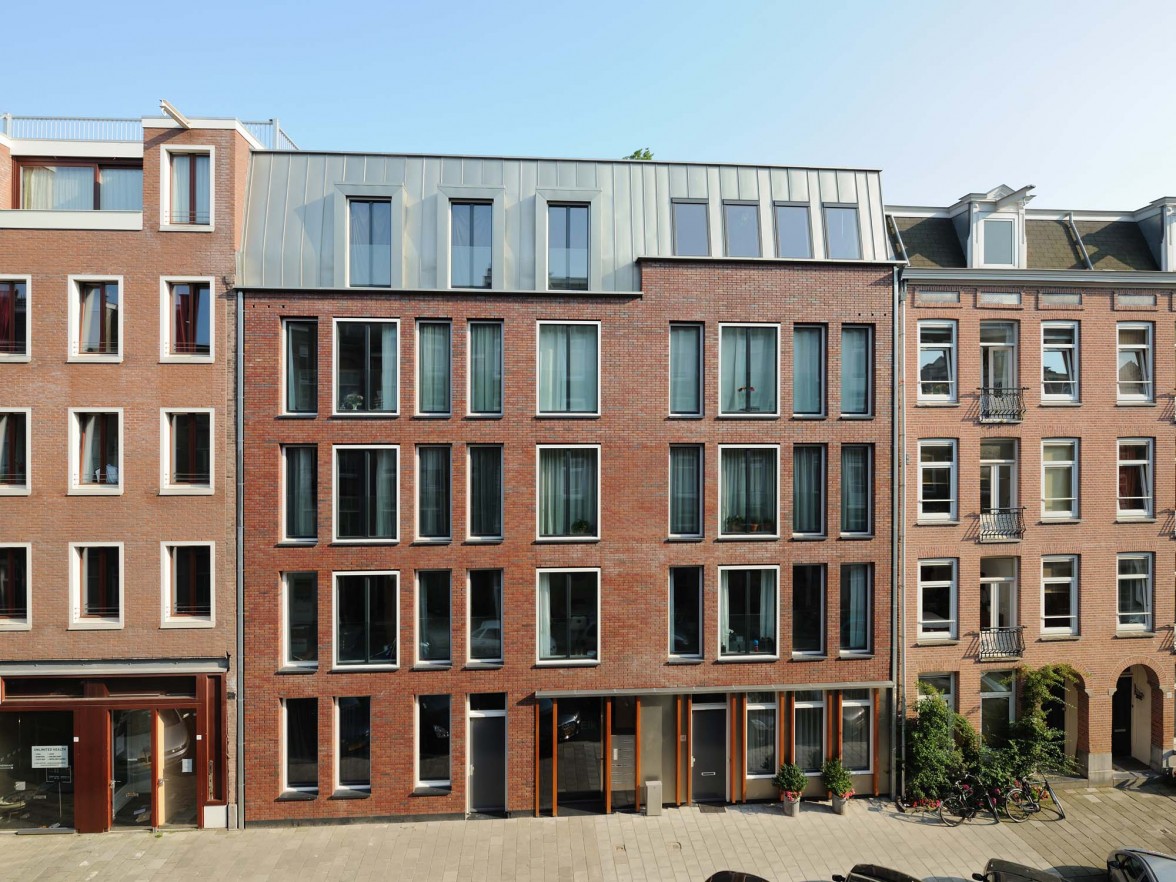 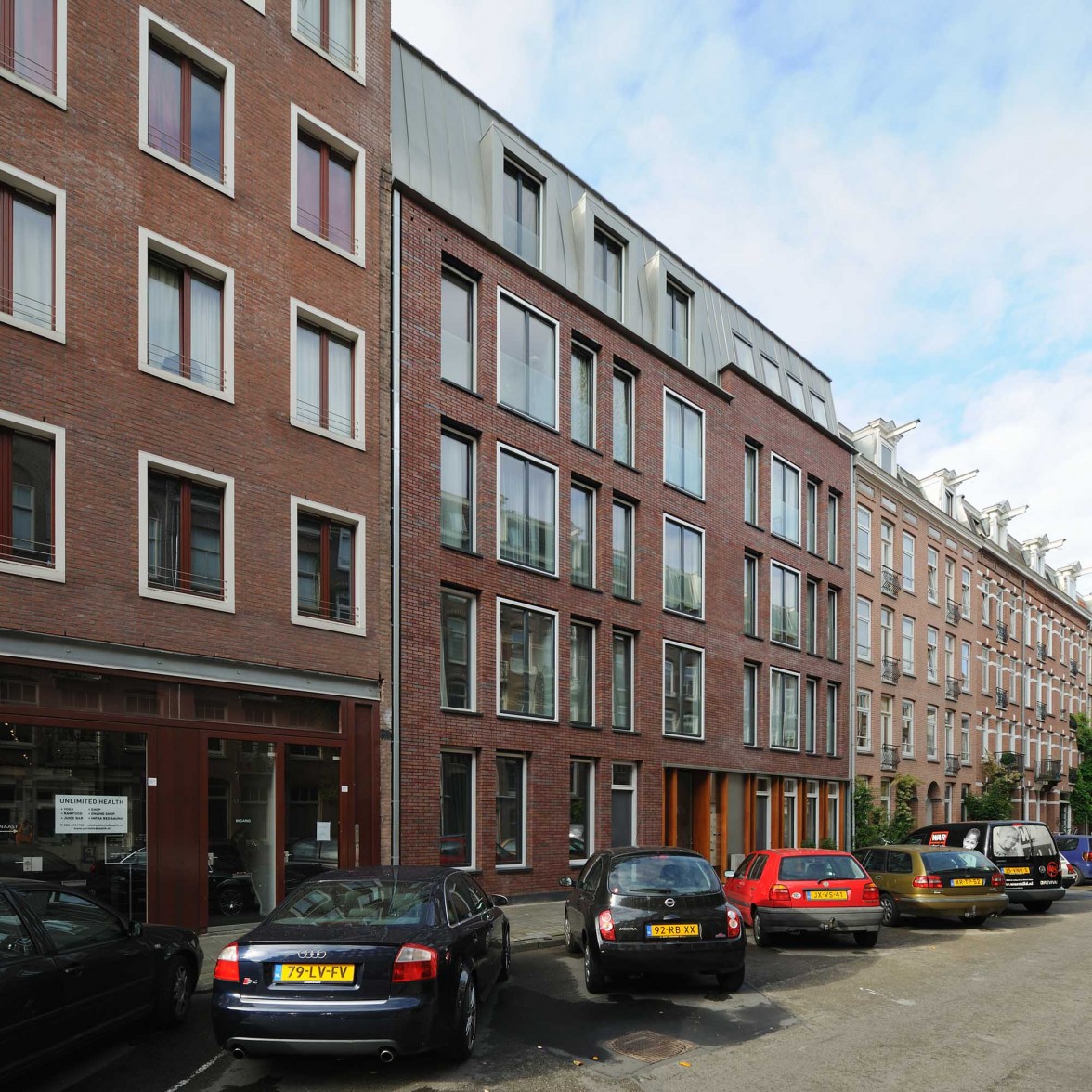 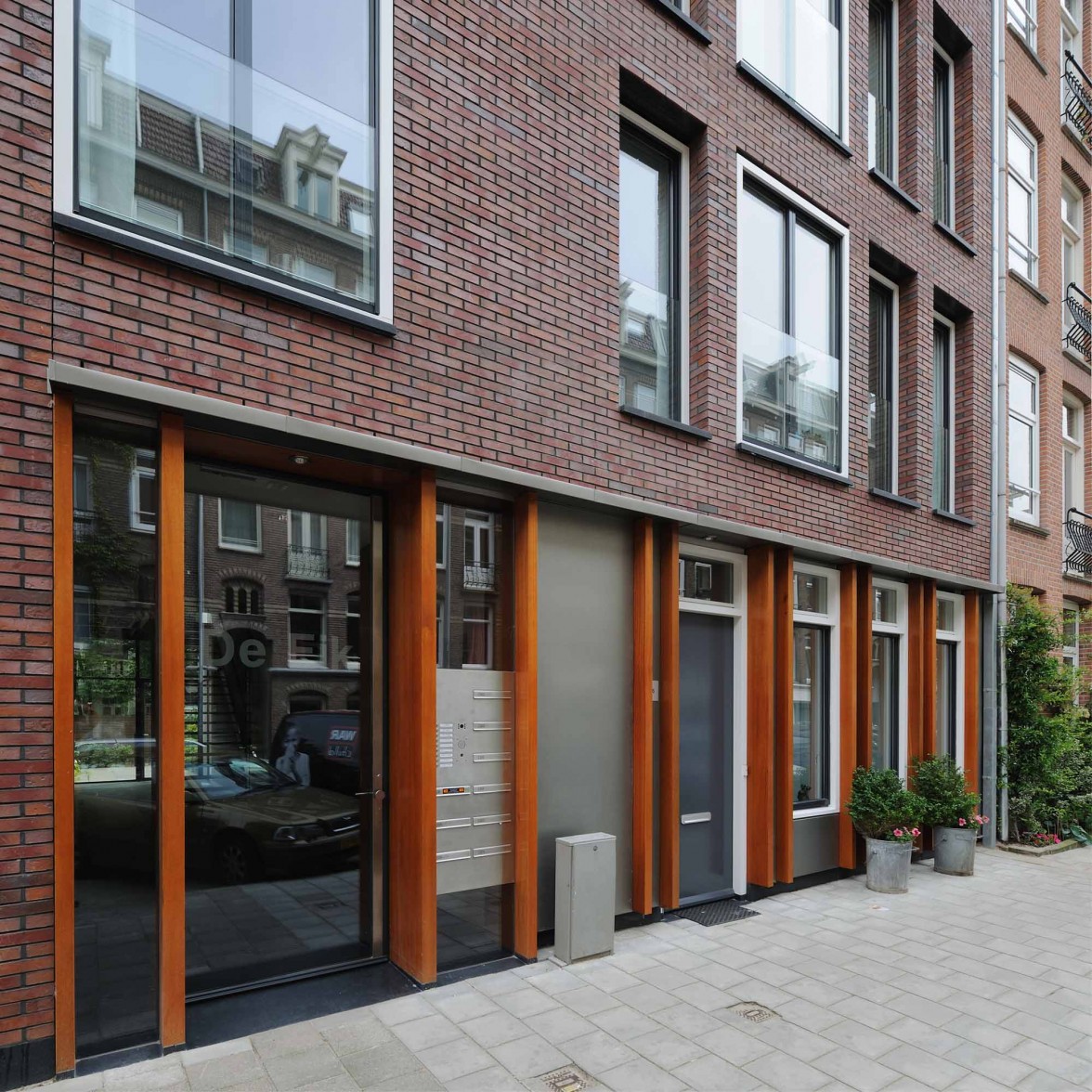 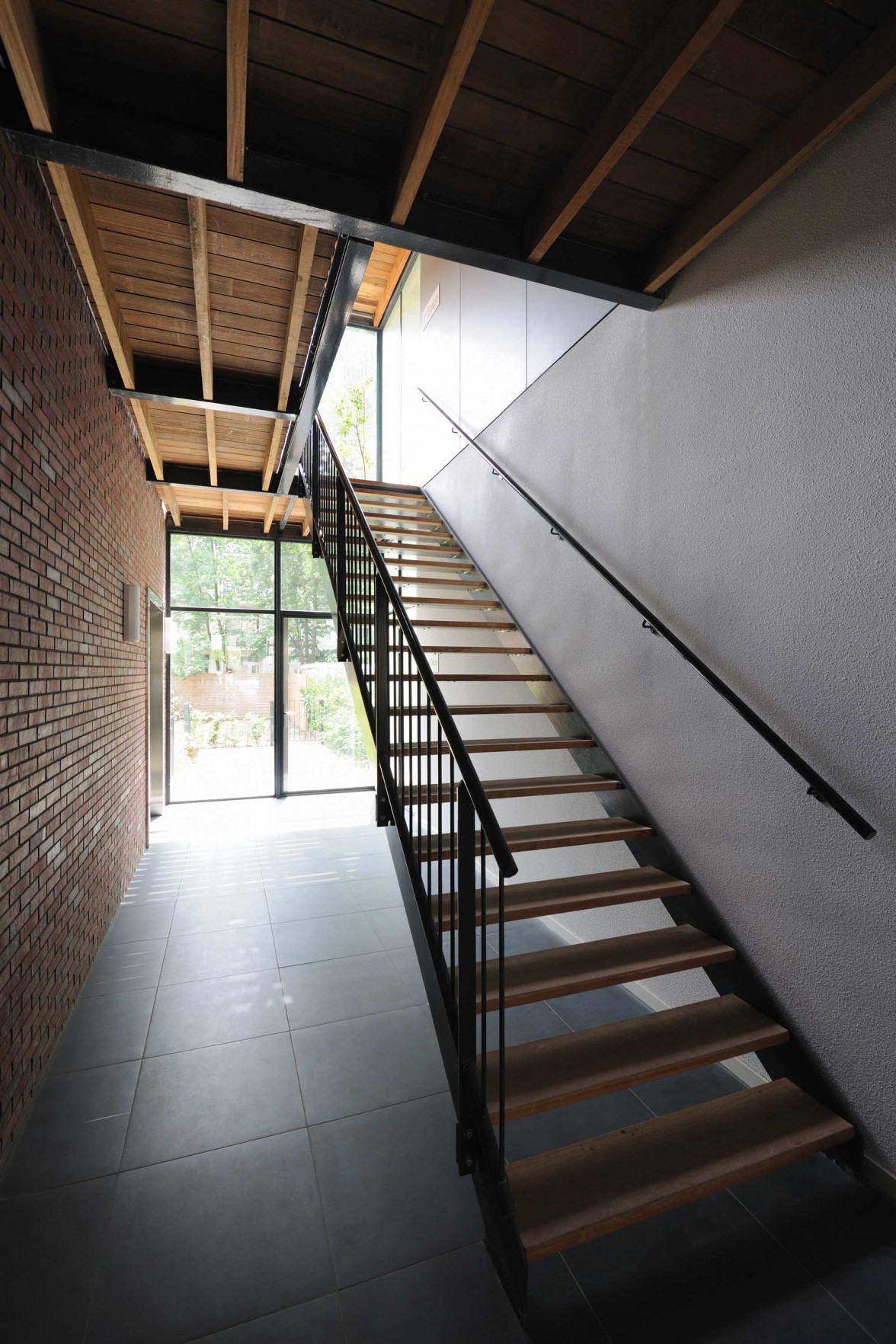 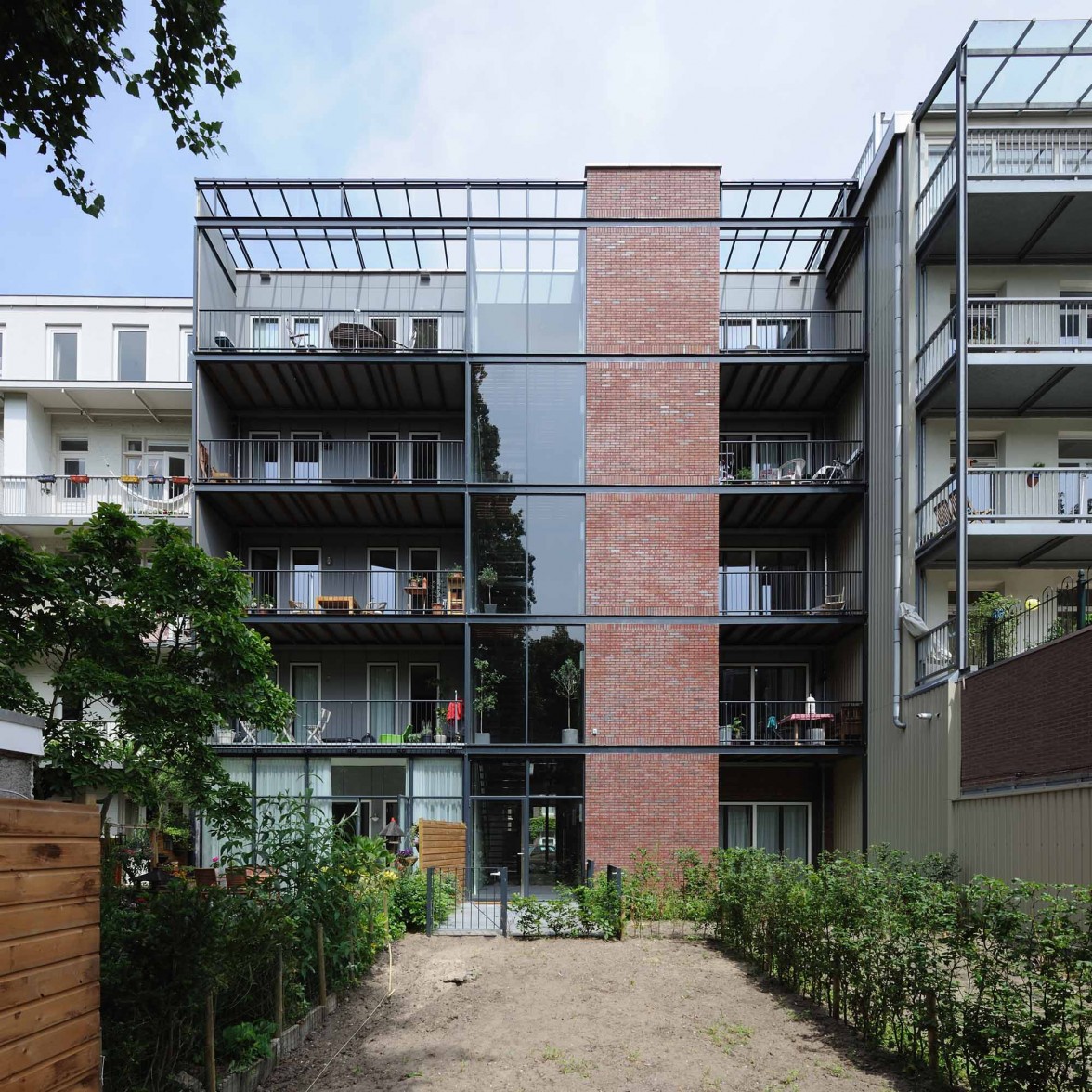 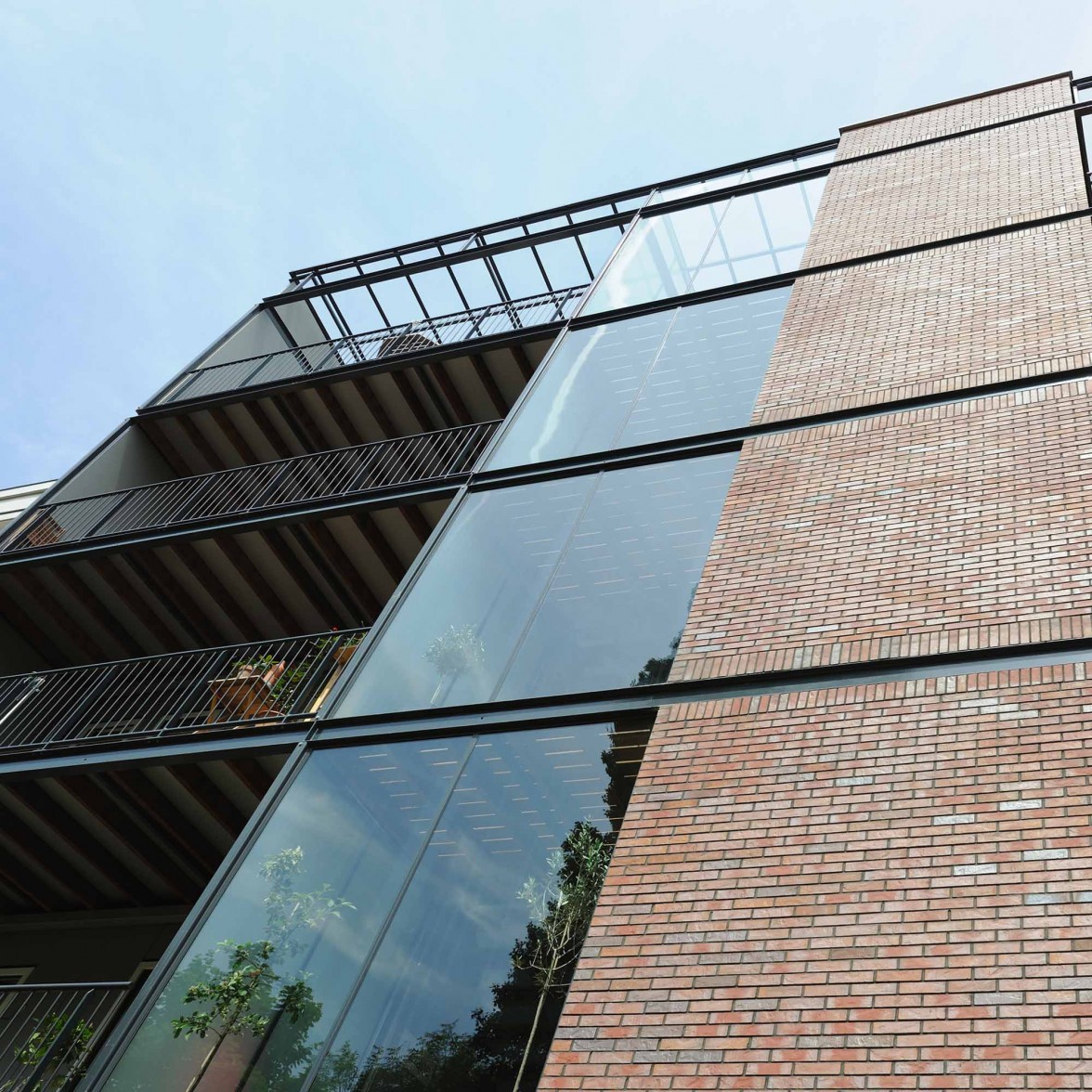 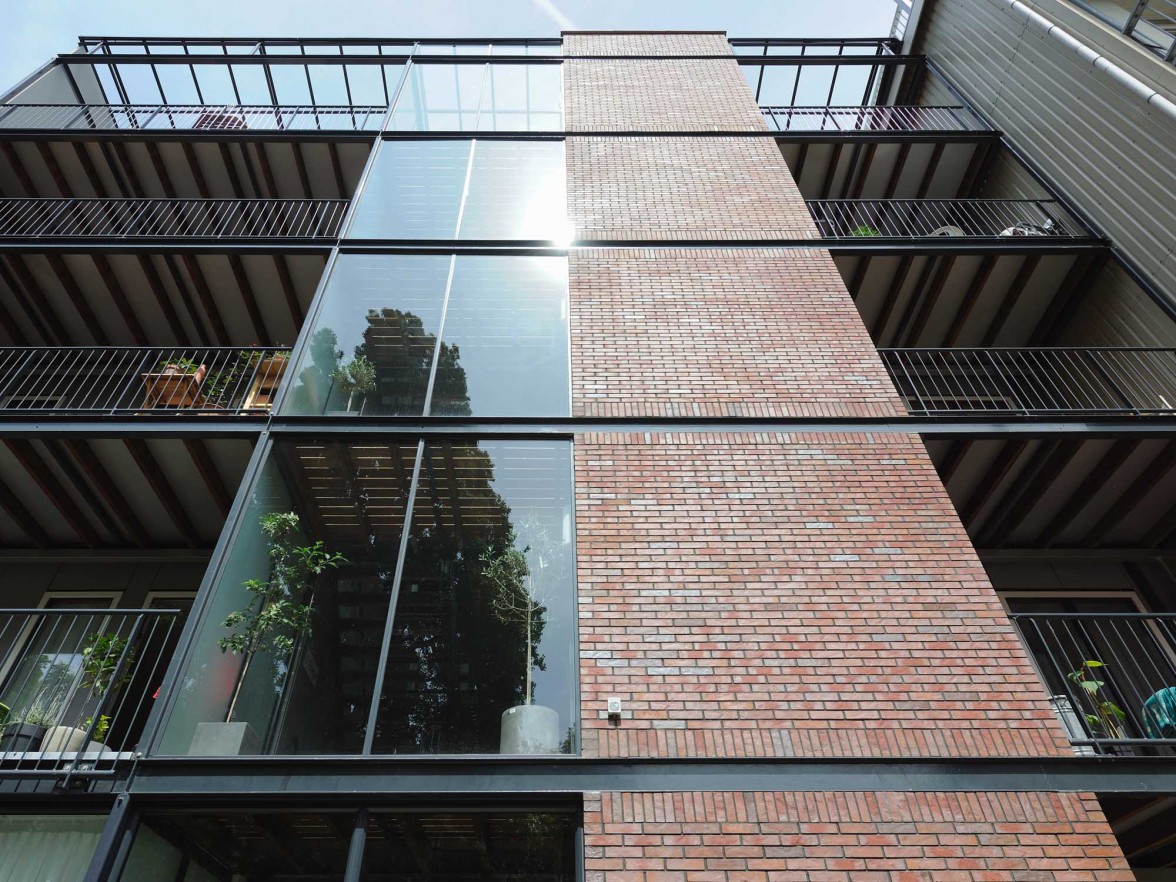 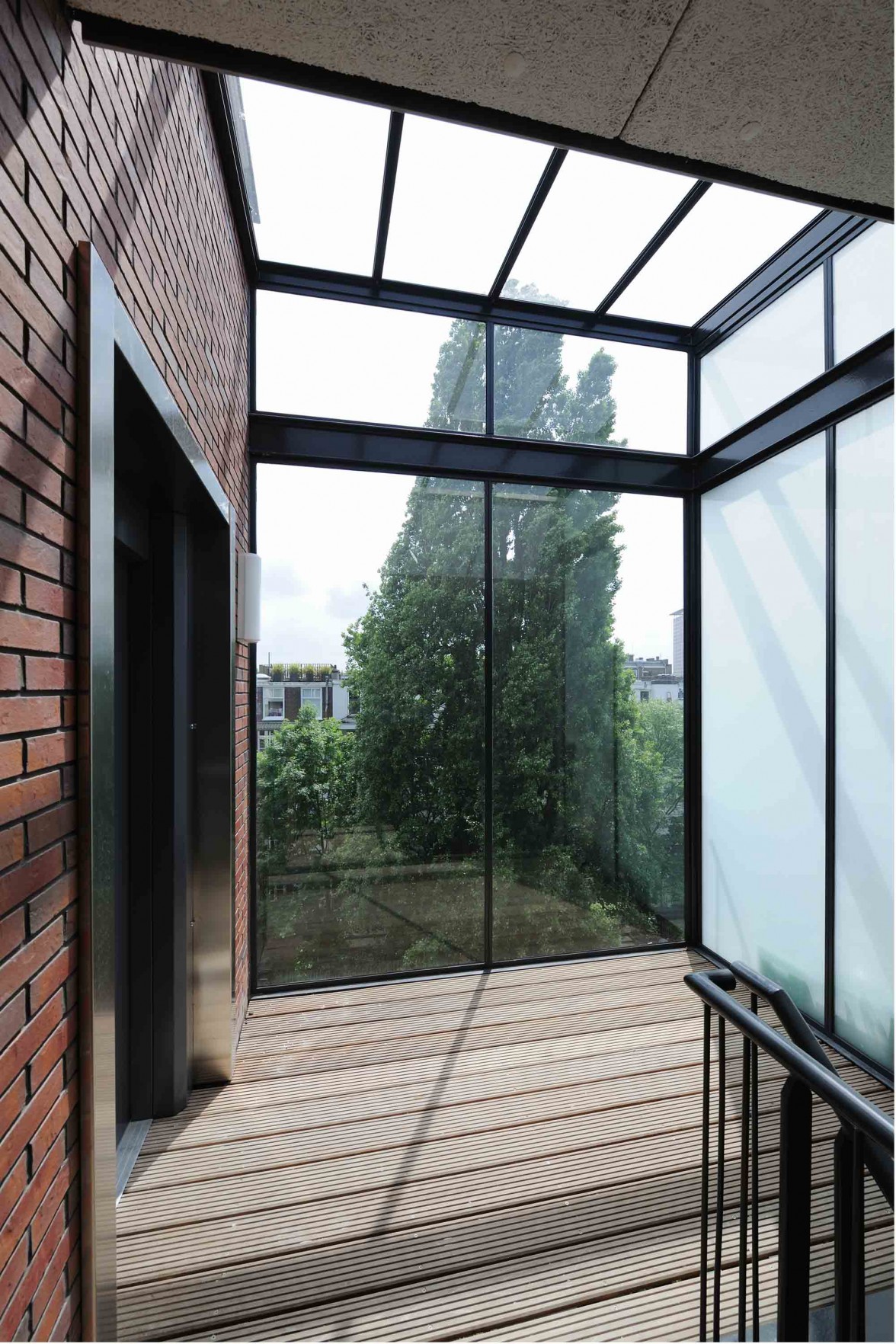 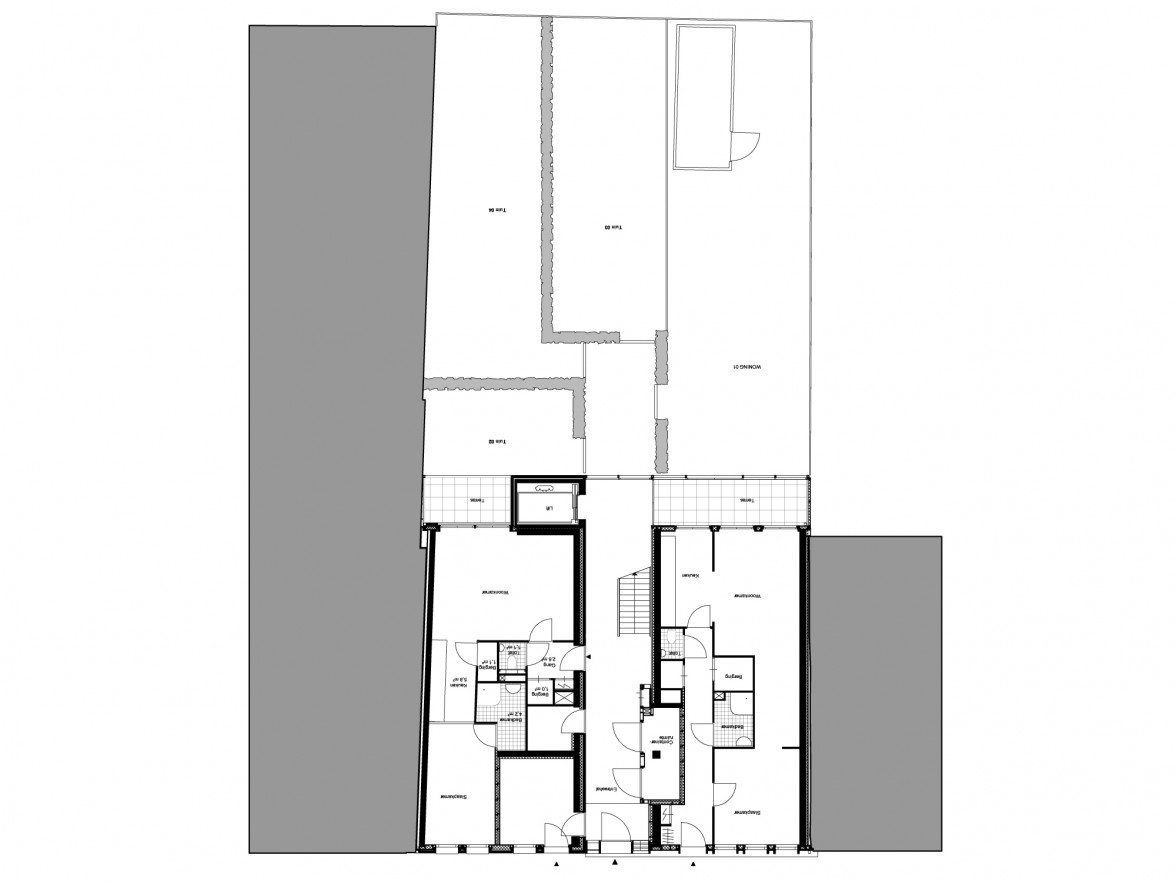 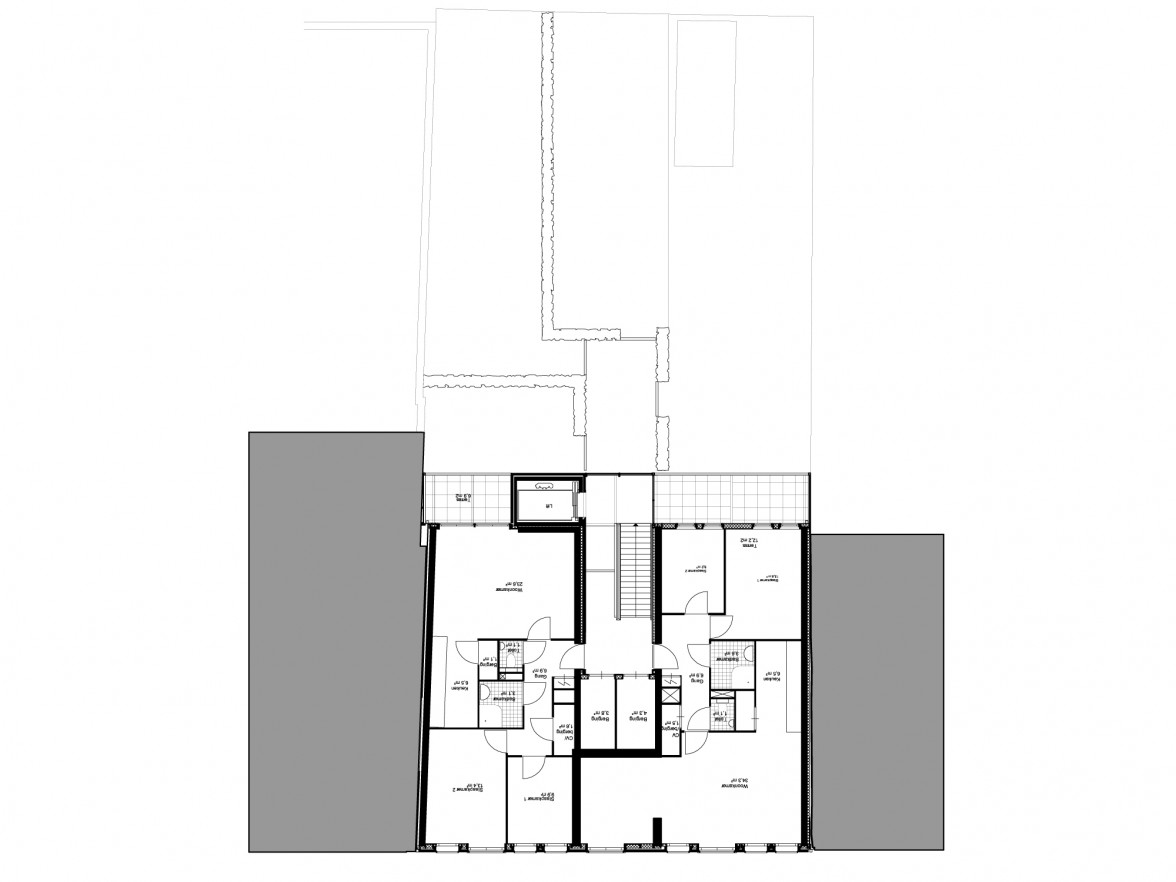 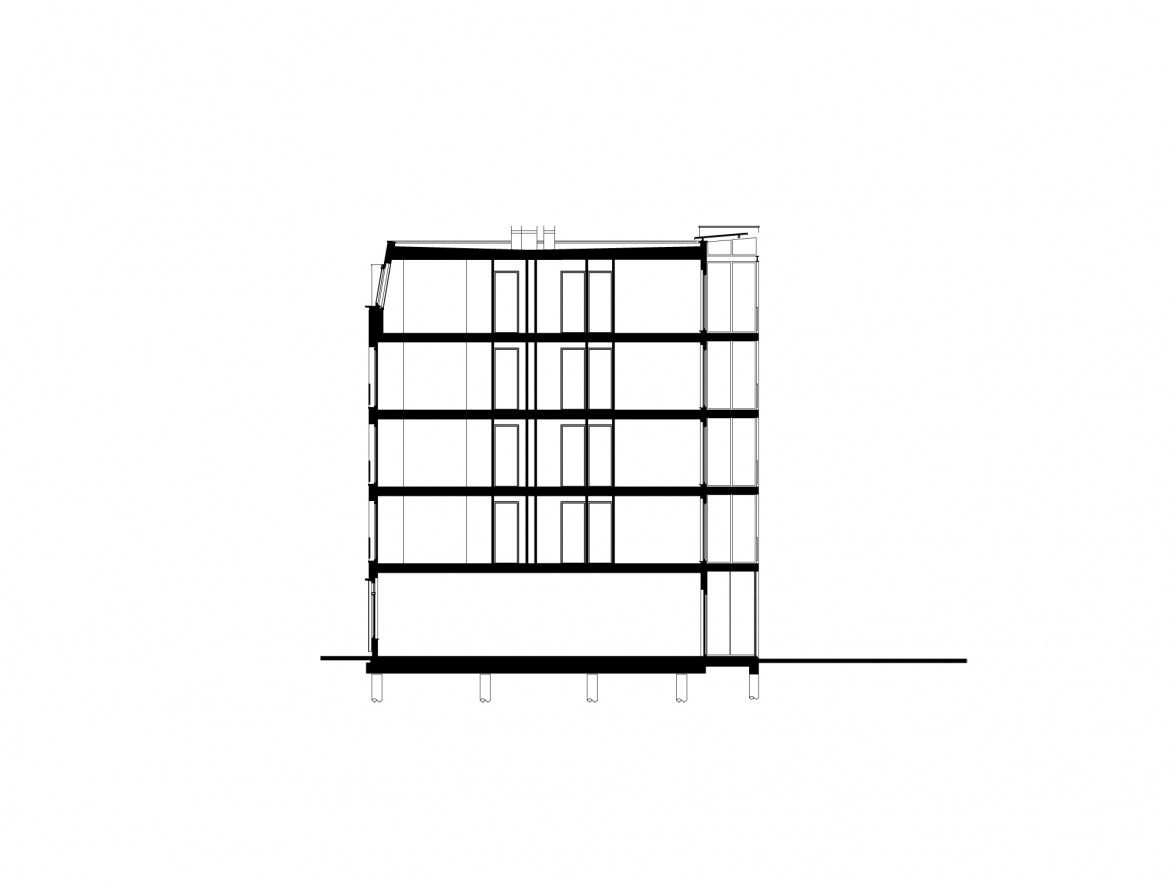