Urban villa Amsterdam Zuid. This urban villa in Amsterdam Zuid is typical of the 19th century area on the south side of the Vondelpark. In recent years the villa was in use as an office. We transformed to again become a family house with an incorporated office for the owners. Despite the spaciousness of the house its square plan and centrally positioned staircase mean that the different rooms were somewhat isolated from one another.

An important aim of our proposals was to improve the spatial and visual relationships between the different spaces. The introduction of a new void over two storeys and creation of new openings in walls at critical positions improve both vertical and horizontal relationships within the house. The spaces which adjoin the void have acoustically insulated glazed partitions to ensure that the improvements to light and views do not come at the expense of living comfort. To introduce daylight into the heart of the plan we added a new roof light above the staircase. 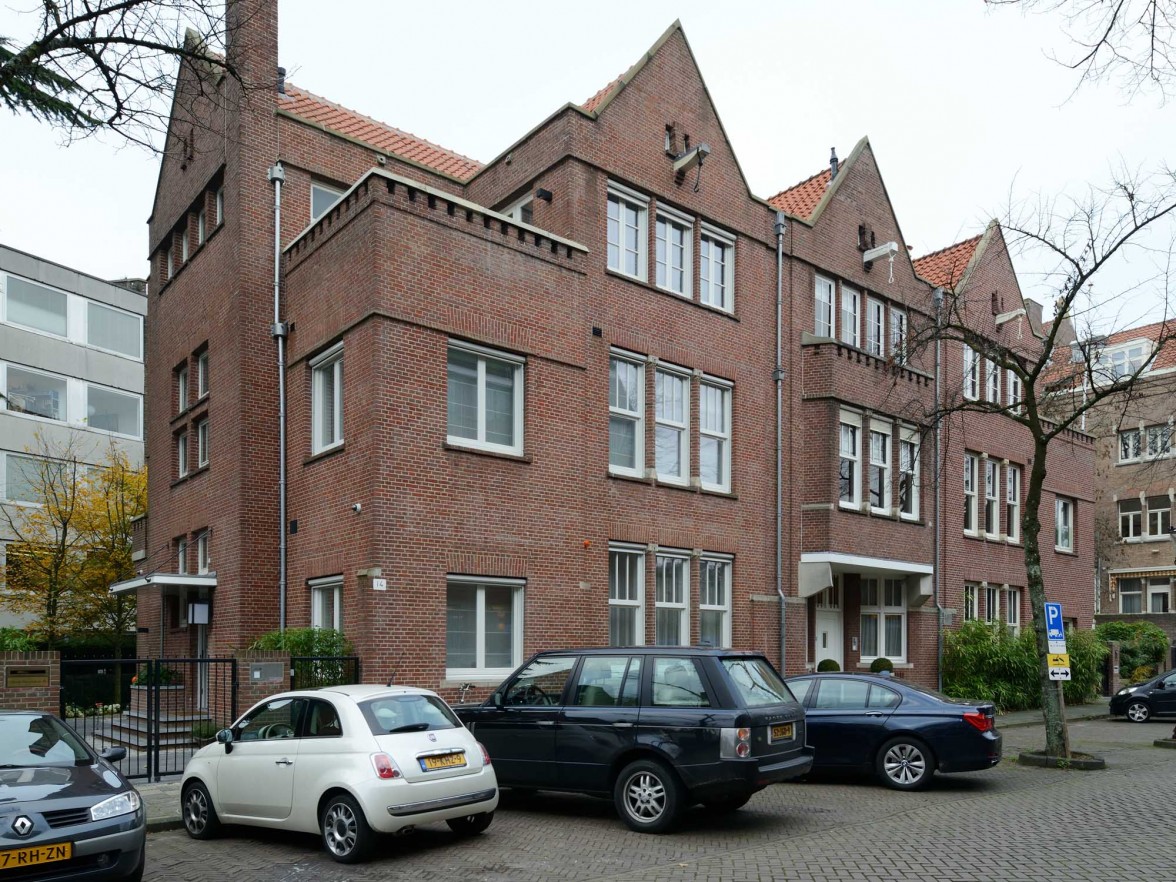 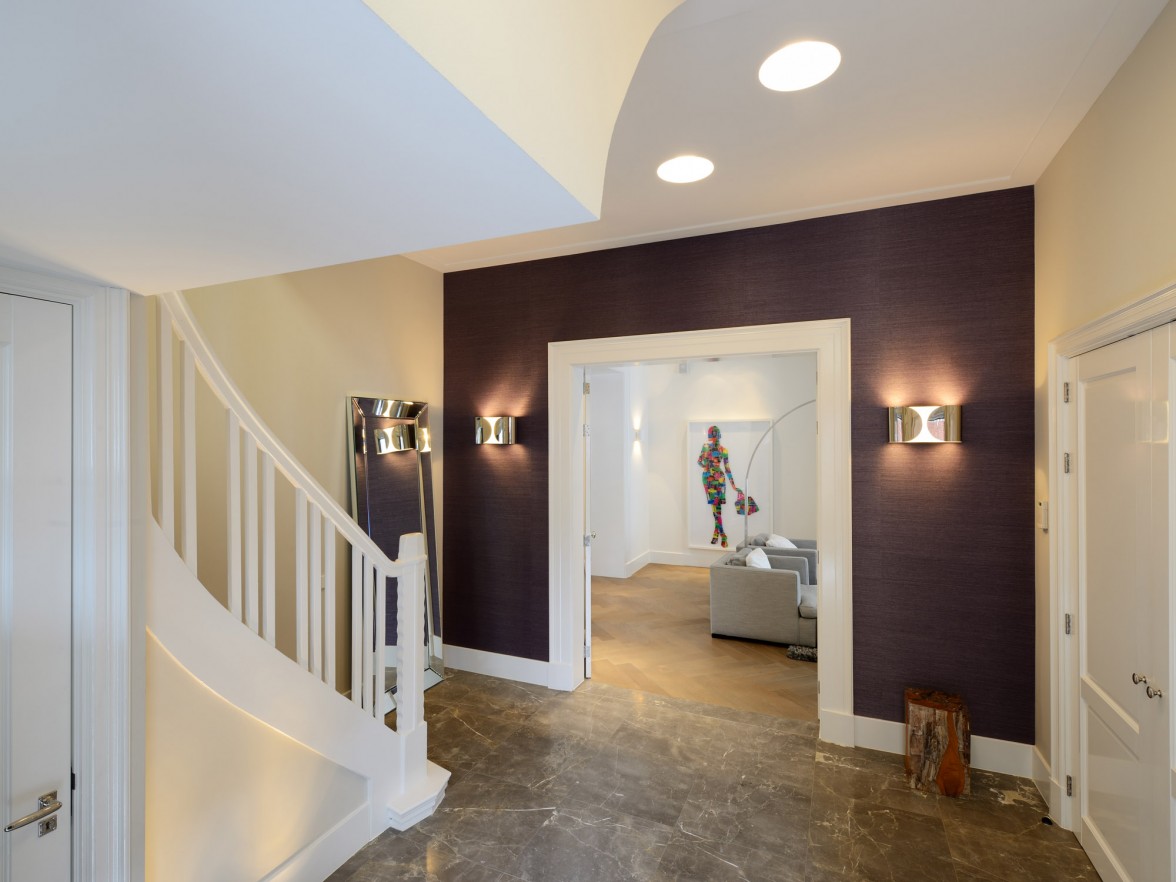 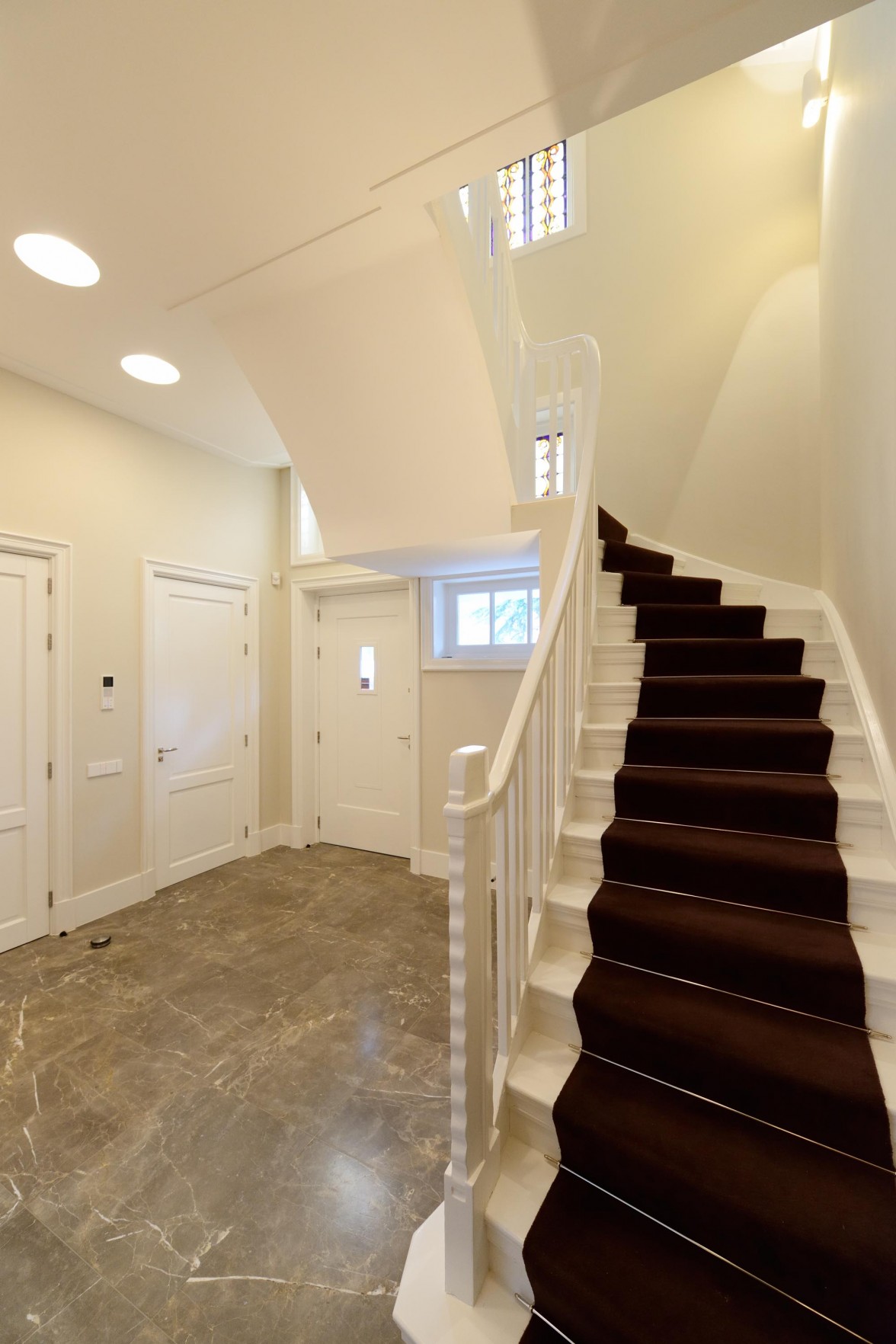 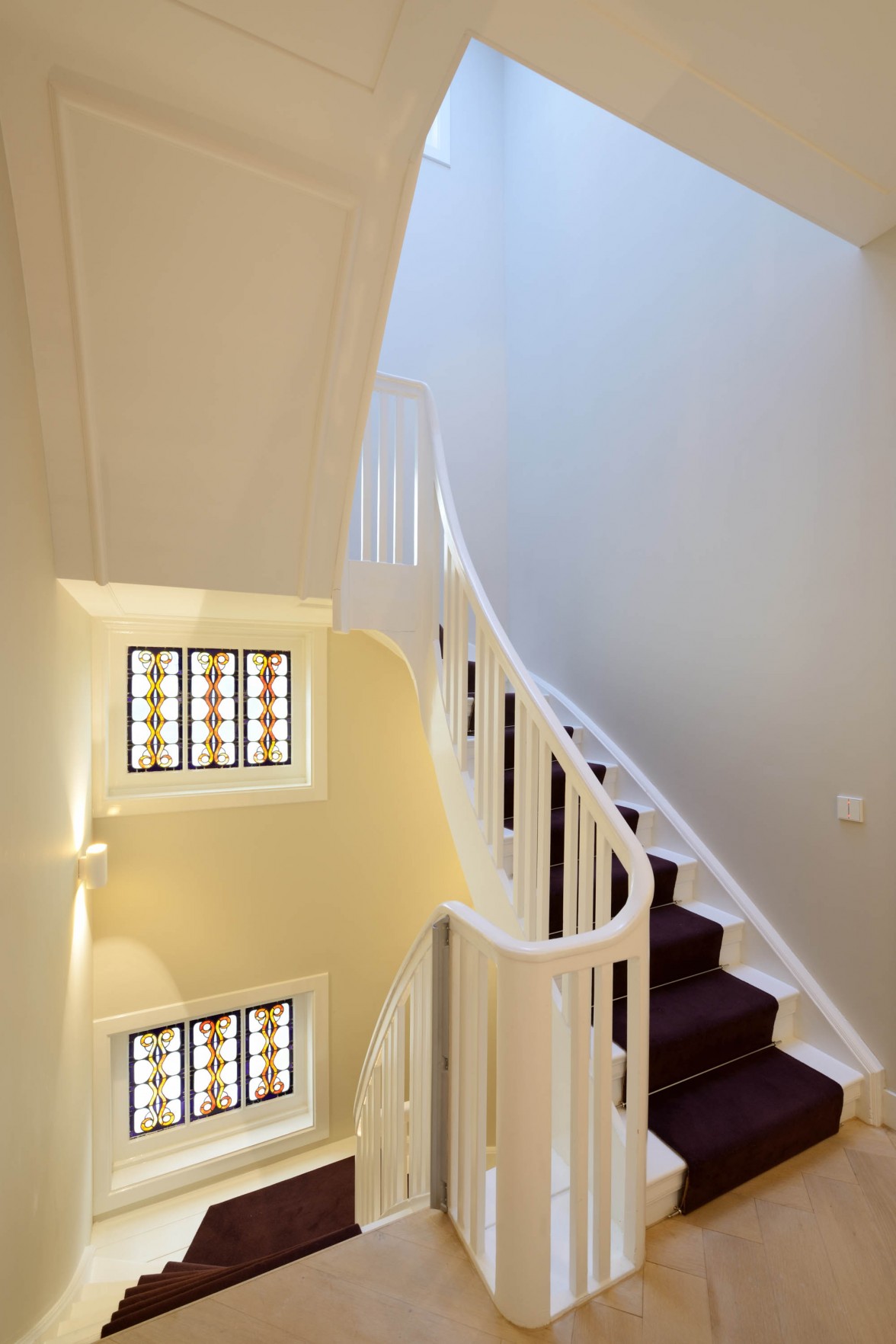 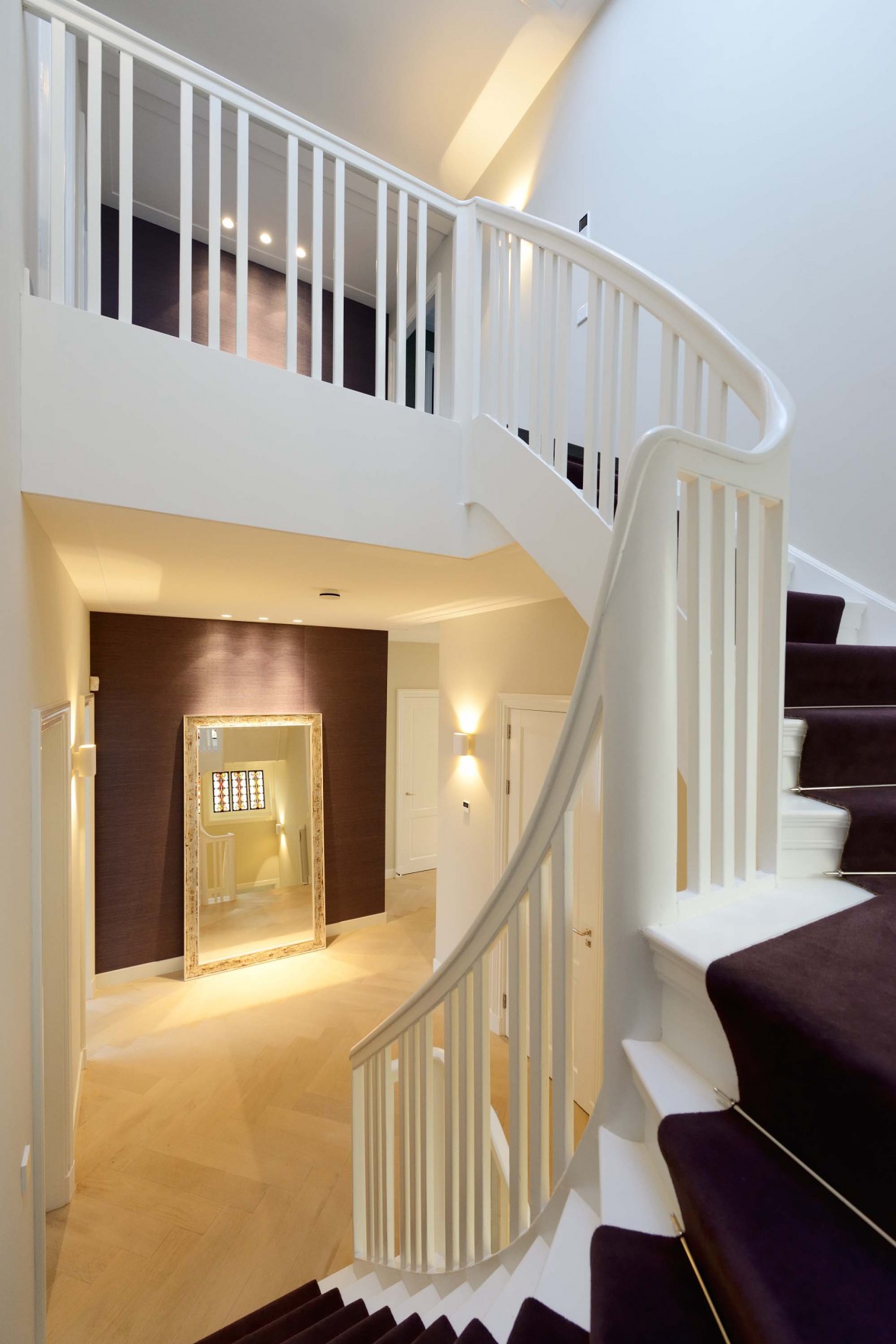 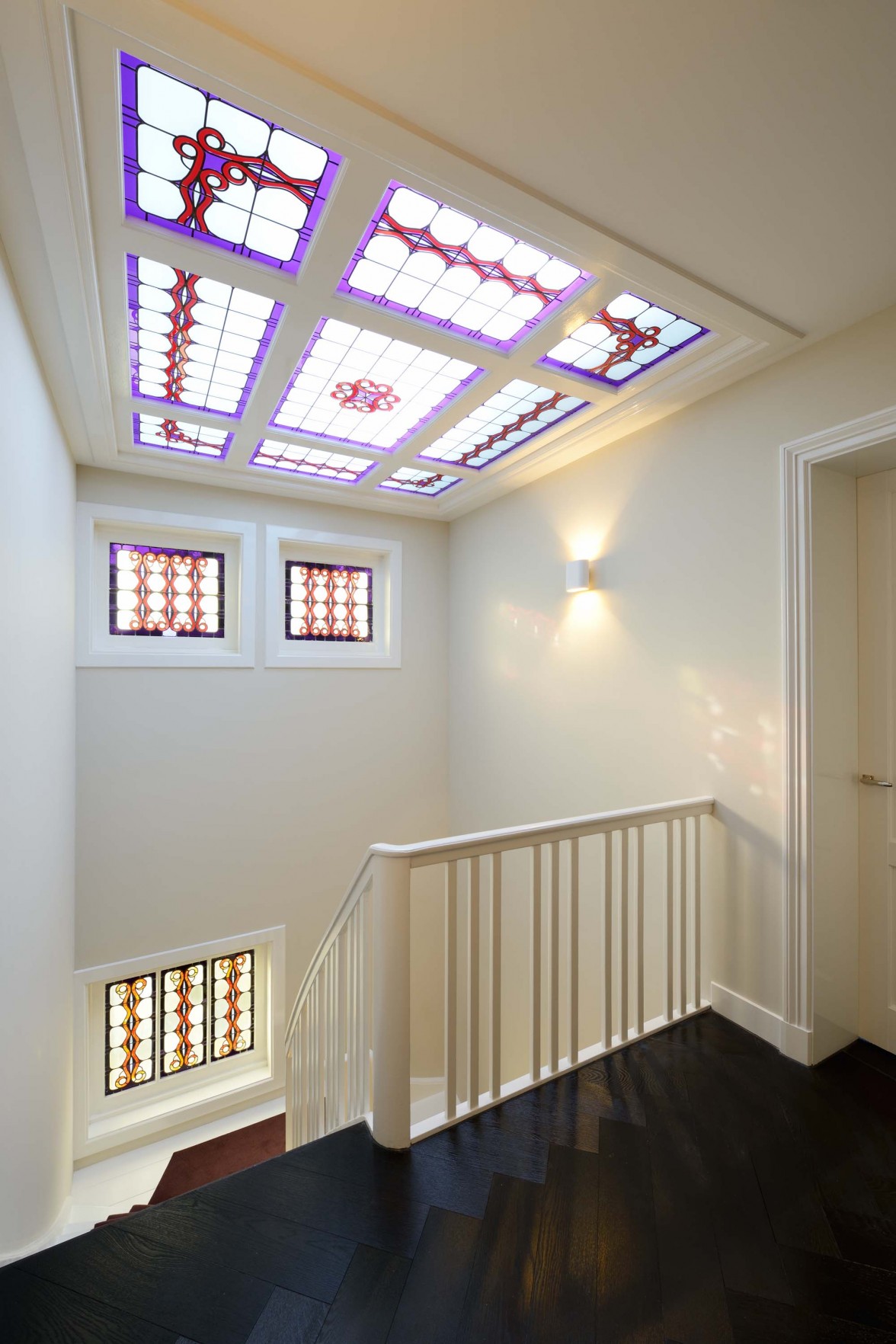 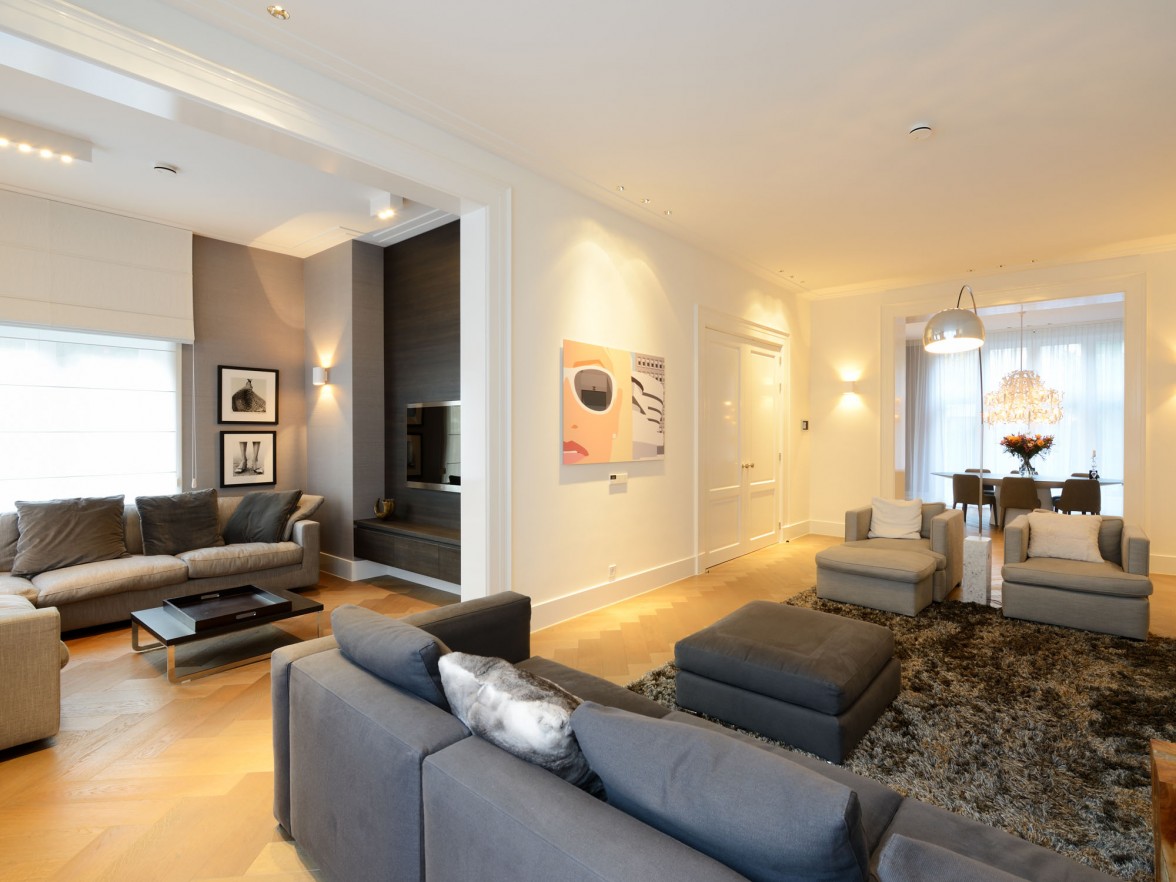 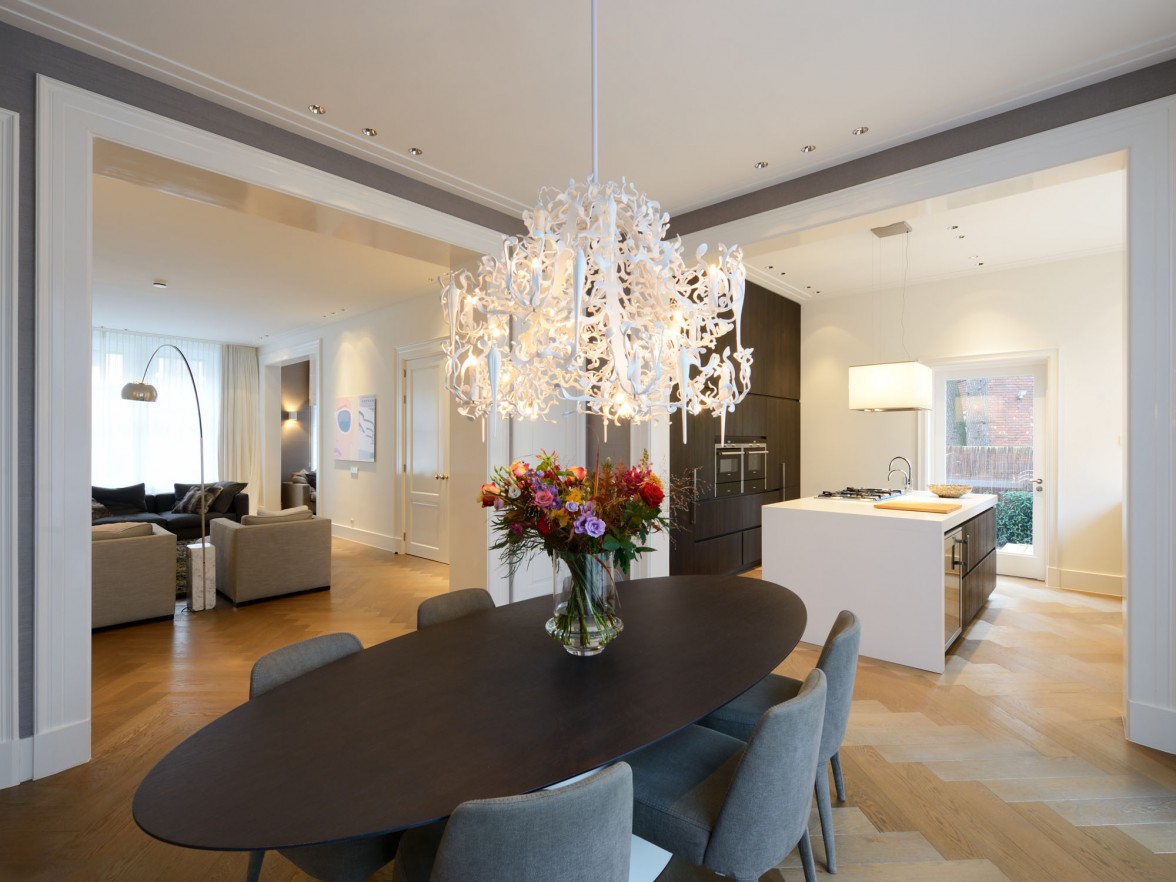 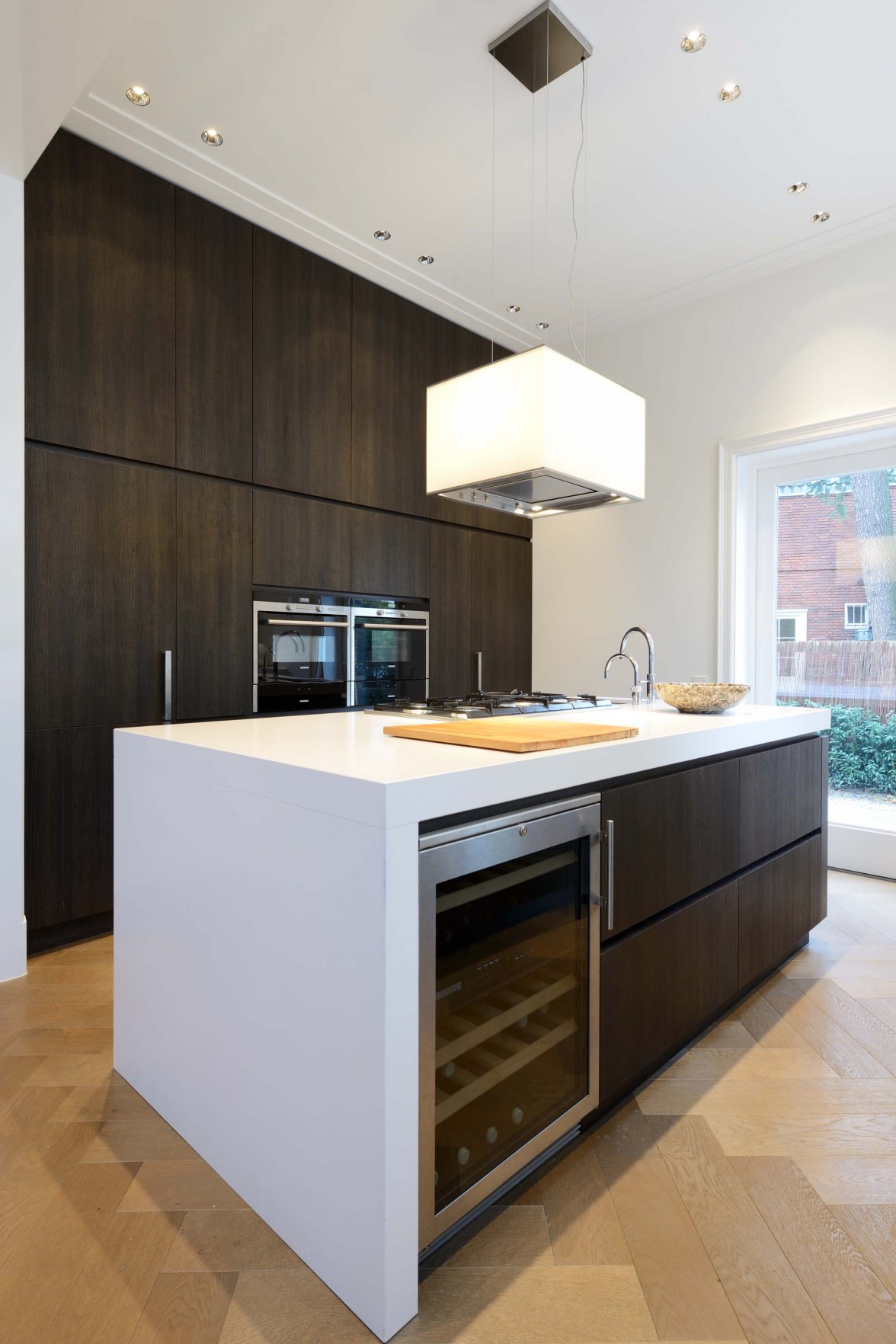 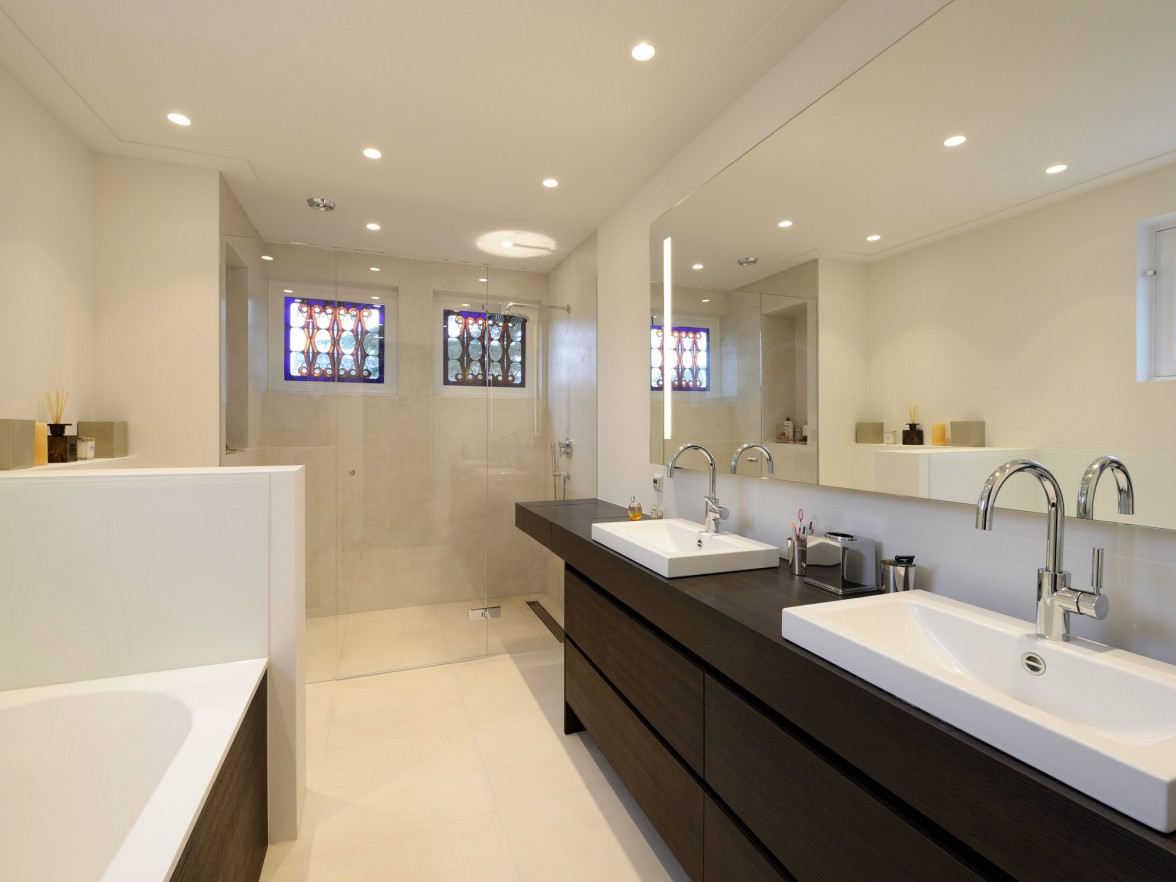 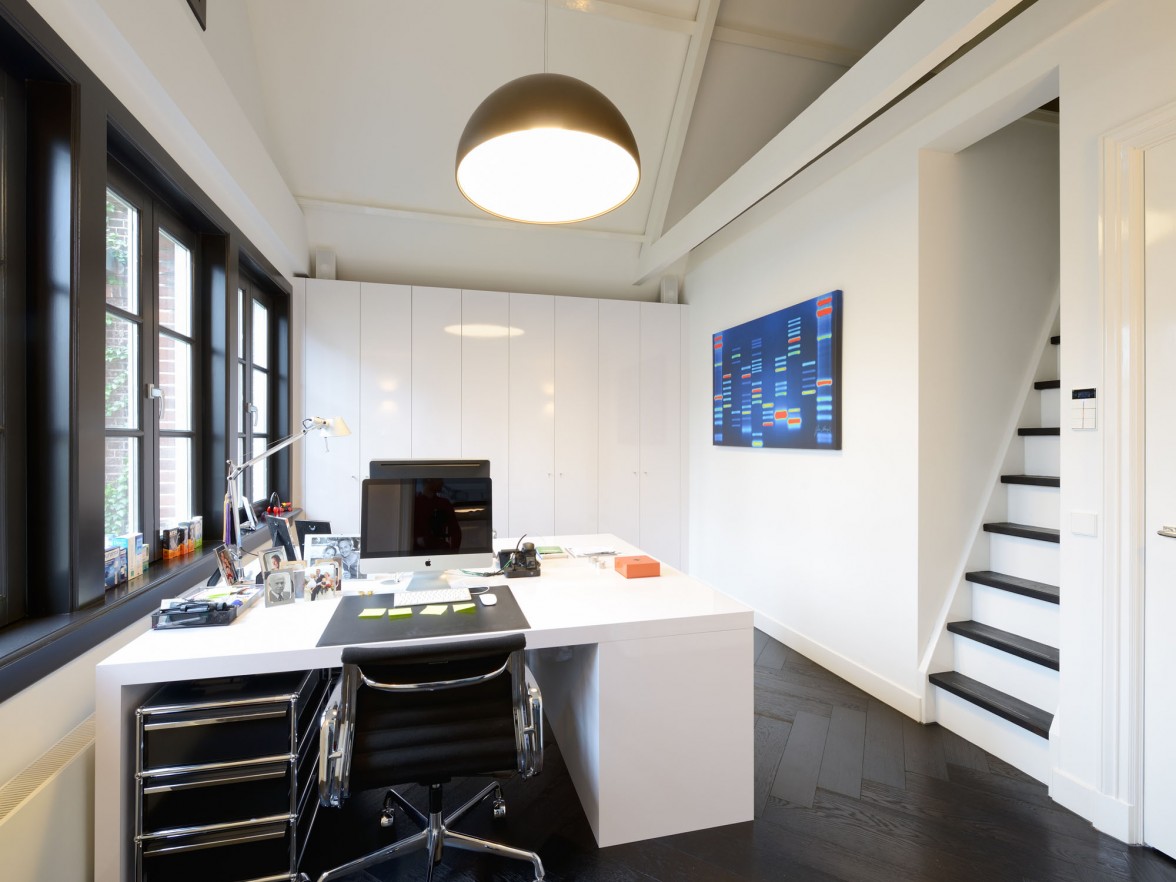 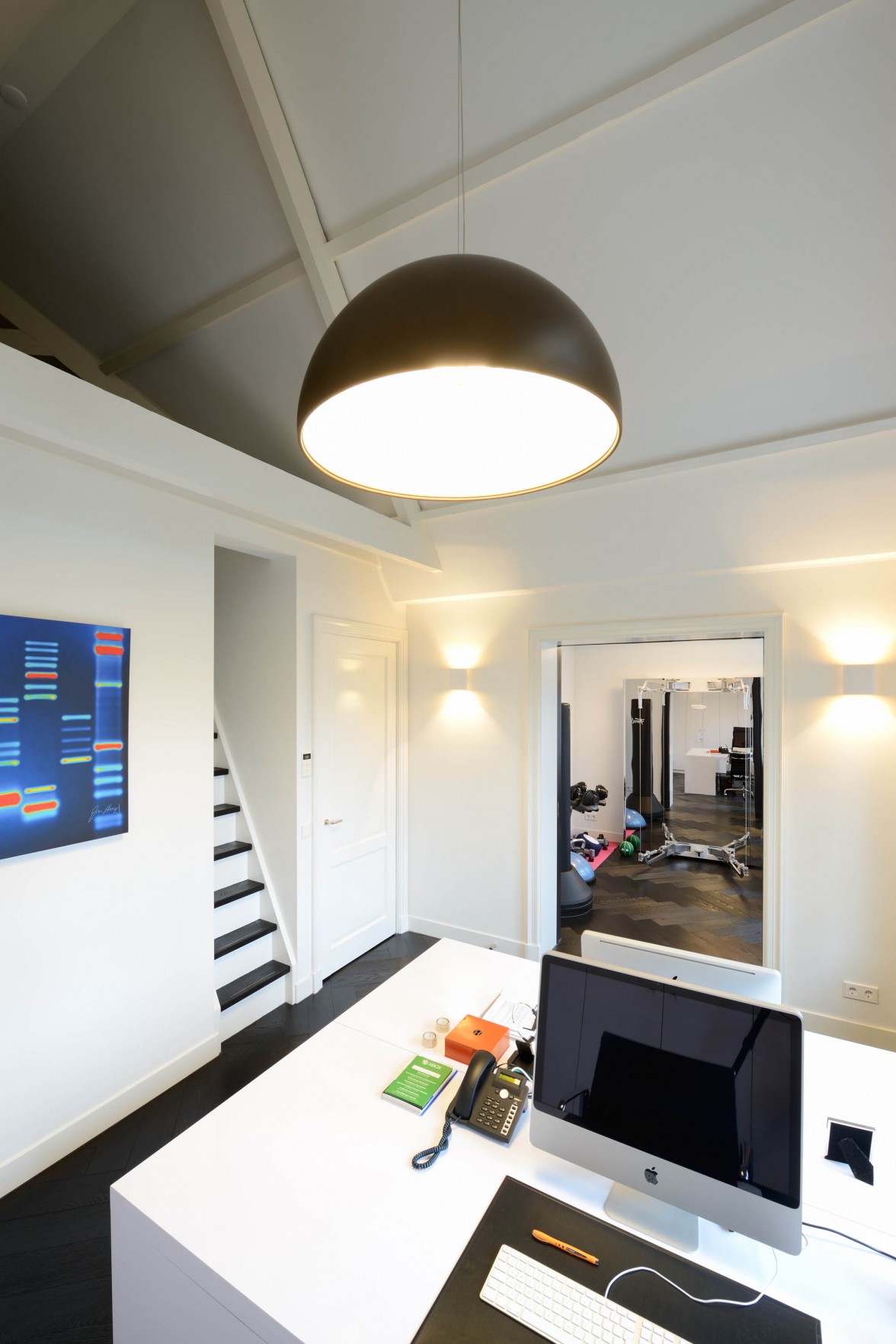